Let's look at an example. Italian Mathematician Leonardo Pisano Bigollo, whom we commonly know as Fibonacci, discovered a number series by considering the idealized growth of rabbit population. The series is:

We can notice that every number after the first two is the sum of the two preceding numbers. Now, let's formulate a function F(n) that will return us the nth Fibonacci number, that means,

So far, we've known that,

We can generalize it by:

Now if we want to write it as a recursive function, we have F(1) and F(2) as our base case. So our Fibonacci Function would be: 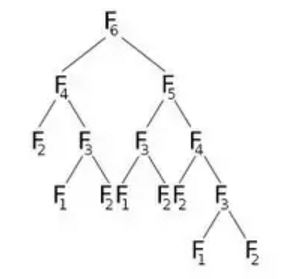 From the picture, we can see that F(6) will call F(5) and F(4). Now F(5) will call F(4) and F(3). After calculating F(5), we can surely say that all the functions that were called by F(5) has been already calculated. That means, we have already calculated F(4). But we are again calculating F(4) as F(6)'s right child indicates. Do we really need to recalculate? What we can do is, once we have calculated the value of F(4), we'll store it in an array named dp, and will reuse it when needed. We'll initialize our dp array with -1(or any value that won't come in our calculation). Then we'll call F(6) where our modified F(n) will look like:

We've done the same task as before, but with a simple optimization. That is, we've used memoization technique. At first, all the values of dp array will be -1. When F(4) is called, we check if it is empty or not. If it stores -1, we will calculate its value and store it in dp[4]. If it stores anything but -1, that means we've already calculated its value. So we'll simply return the value.

A problem can be solved using Dynamic Programming if it has some characteristics. These are: 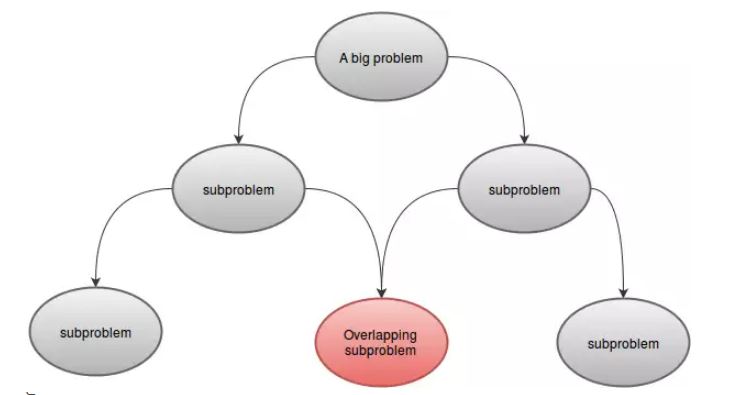