You get the MARS for free here. As for installing the 4.5 version, you might need the suitable Java SDK for your system from here

Before assembling, the environment of this simulator can be simplisticly split to three segments: the editor at the upper left where all of the code is being written, the compiler/output right beneath the editor and the list of registers that represent the "CPU" for our program. 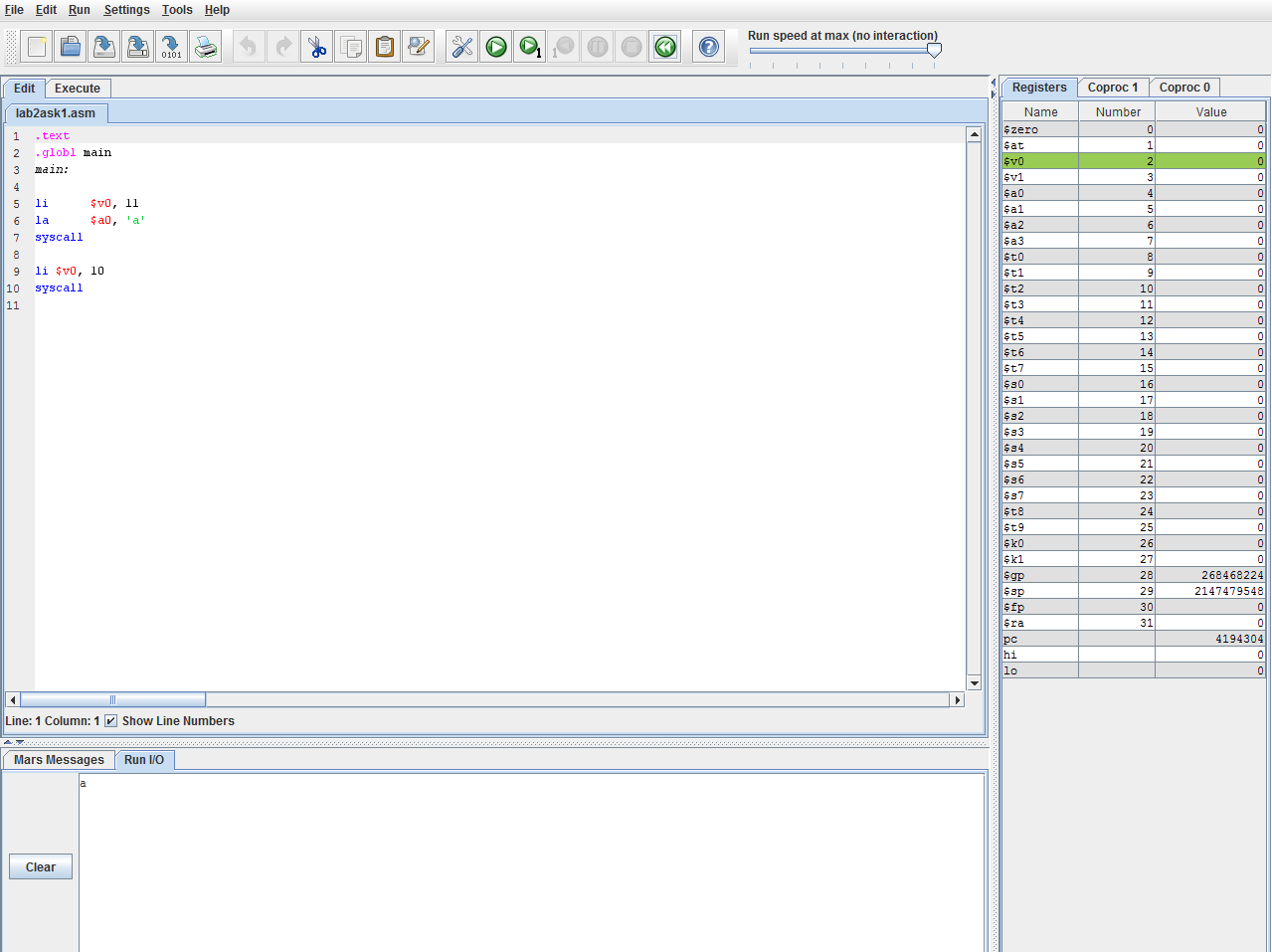 After assembling (by simply pressing F3) the environment changes, with two new segments getting the position of the editor: the text segment where

ii) the machine code for each instruction at the "code" column,

and the data segment where we can have a look at a representation of the memory of a processor with little-endian order. 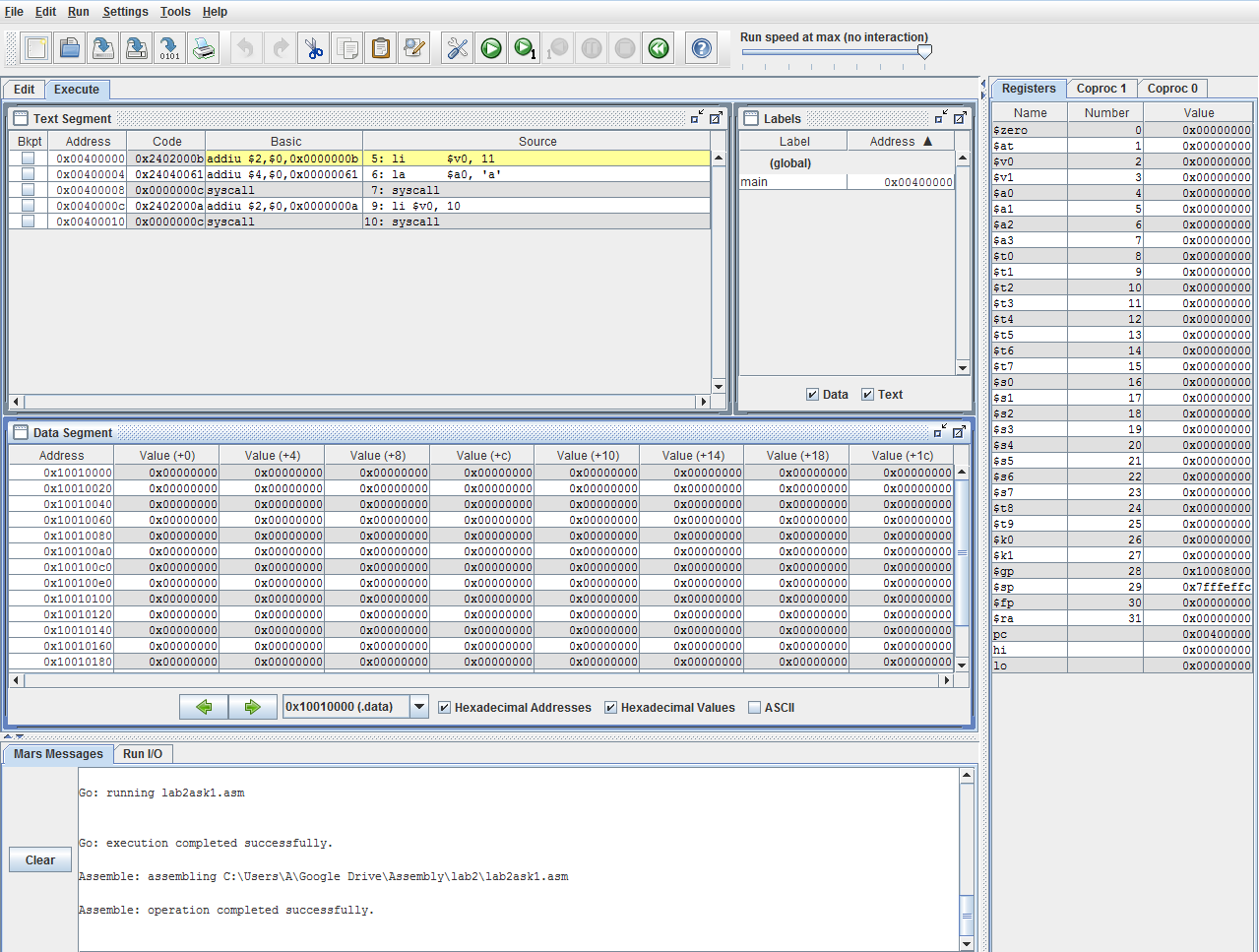 After assembling, we can execute our code either all at once (F5) or step by step (F7), as well as rewinding the execution several steps backwards to the back (F8). 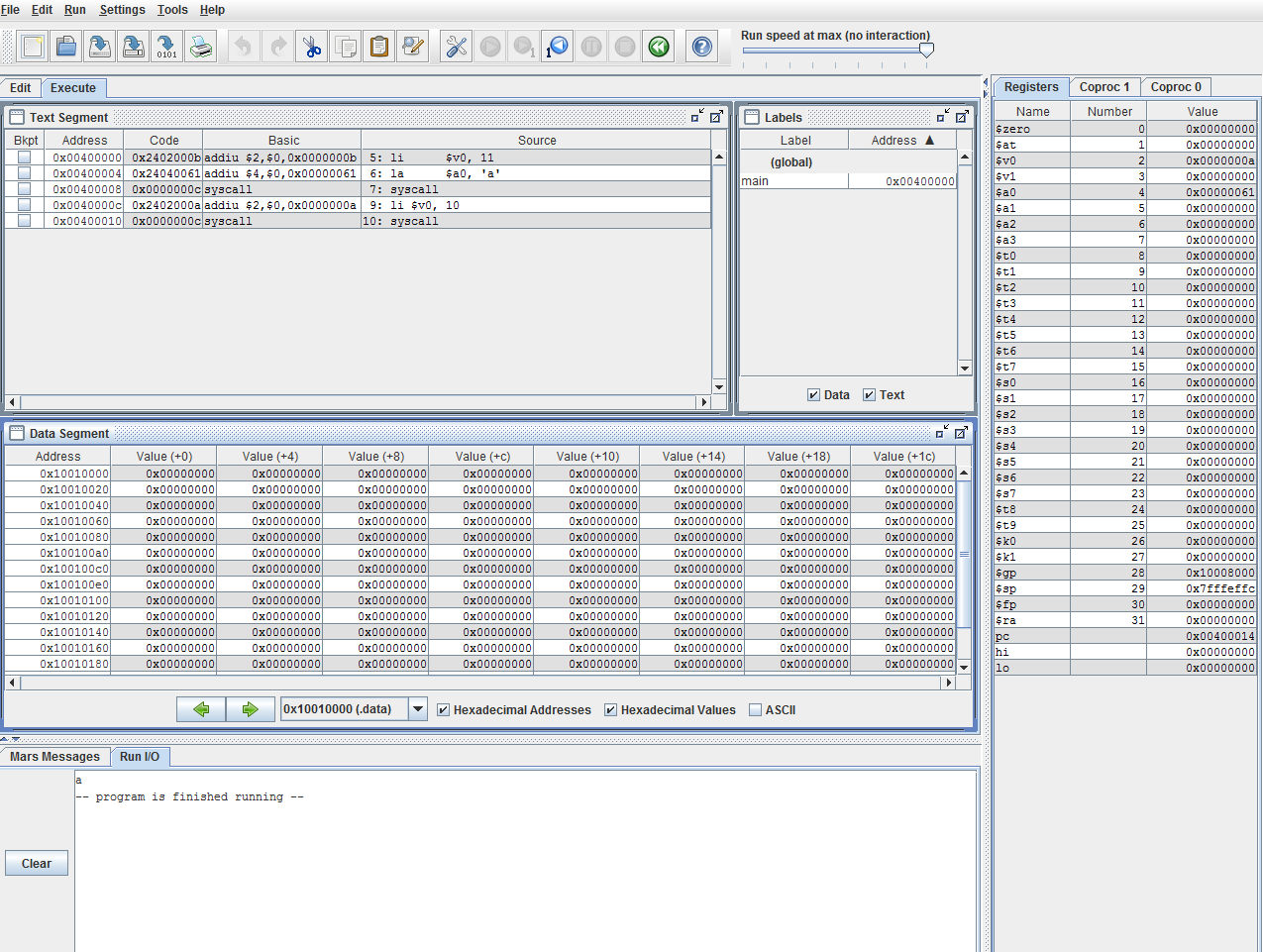 Now, let's see the example code from above and explain each line:

MARS accepts and exports files with the .asm filetype

But the code above prints just a character, what about the good ol' "Hello World"? What about, dunno, adding a number or something? Well, we can change what we had a bit for just that:

Before illustrating the results through MARS, a little more explanation about these commands is needed:

By assembling the code from before, we can further understand how memory and registers exchange, disabling "Hexadecimal Values" from the Data Segment: 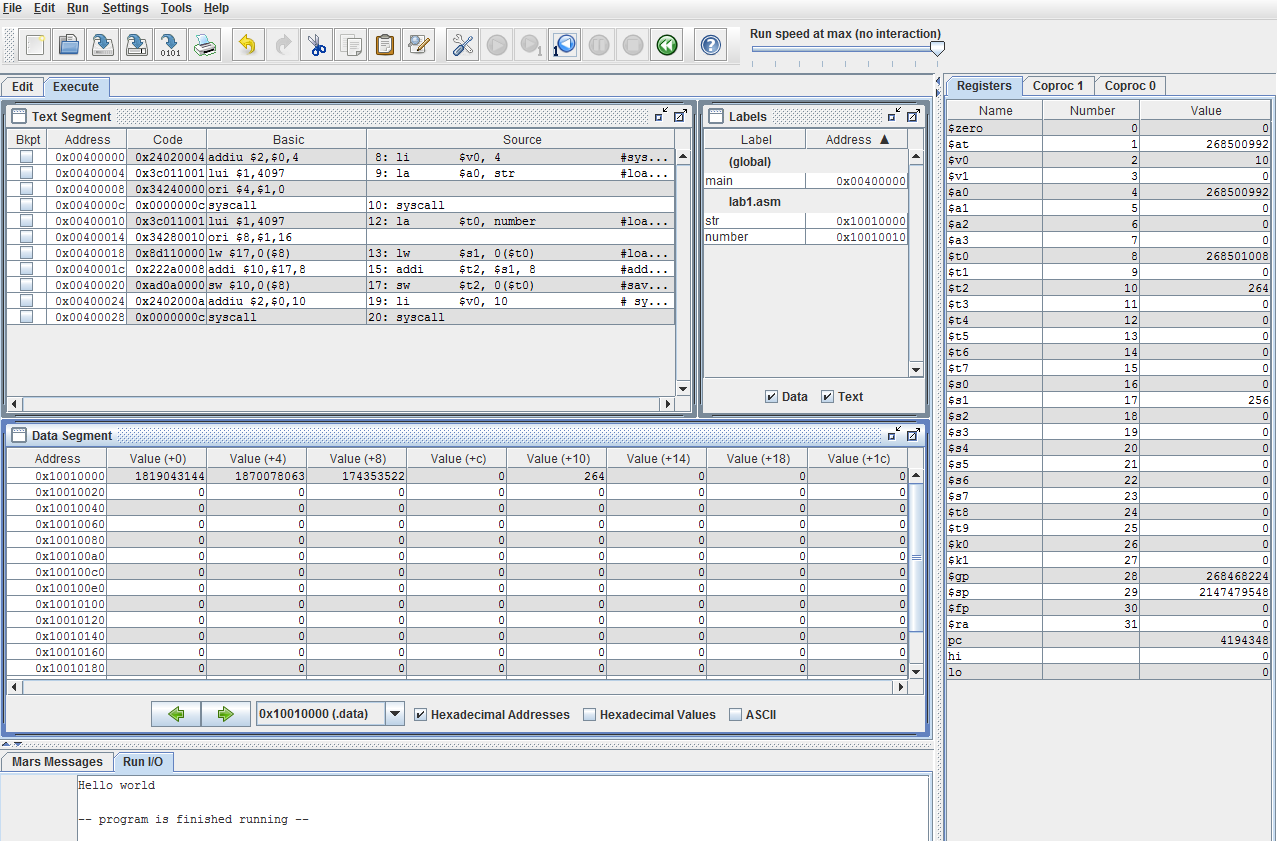 or enabling "ASCII" from the Data Segment: 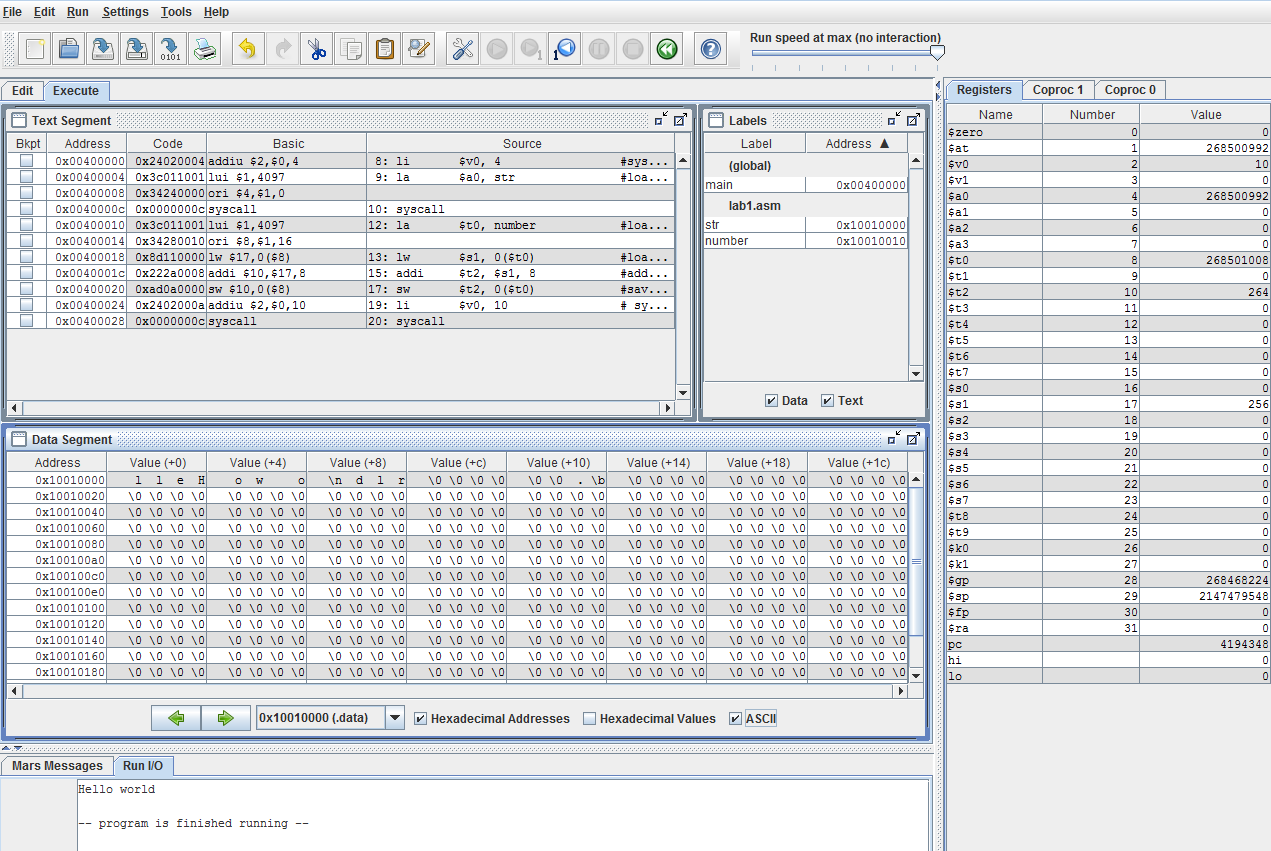 Create this file and save it.

Press F3 to assembly it and then press run. Now you are started compiling and executing MIPS code.