To use Vagrant on Windows platform you need to install virtualization software and an ssh command-line tool first. This example will use freeware VirtualBox and Cygwin.

Download the latest VirtualBox version from the official download page and run the downloaded file. Note that during installation you will temporarily lose the network connection. 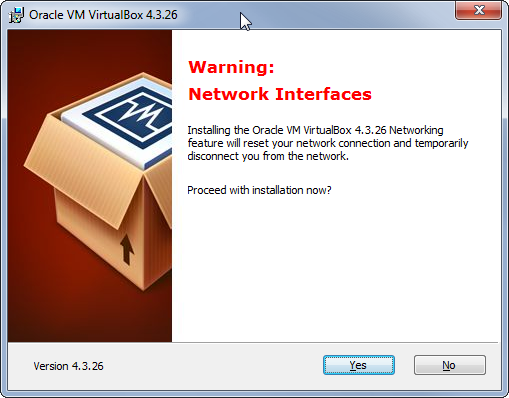 Get it from cygwin.com and run the setup until you get the "Select packages" page.

We only need ssh bin-s from here: 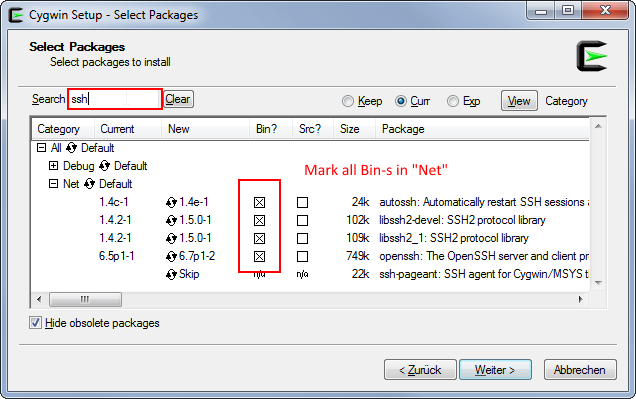 You also need to add C:\cygwin64\bin folder to the Windows PATH environment variable. So that you may call ssh command from anywhere.

Download Vagrant from vagrantup.com and just follow the setup guide to install it. You have to restart your computer after this.

Virtualization technology VTx/VTd should be enabled. (You can find that in the BIOS in the security options)

To test if everything installed correctly create an empty folder somewhere on the hard drive, open the command line and move to the folder you just created:

This will create and launch the VirtualBox running Ubuntu 12.04 LTS 64-bit To launch 32-bit version use vagrant init hashicorp/precise32. If you need another box you can find more at the website from hashicorp.

Also the vagrant init command will create a Vagrantfile configuration file in the current folder. Now you can simply send it to someone else and when that person calls vagrant up the same exact virtual machine will be created on his/her PC.

To test ssh after these two commands run successfully, run this command in the same folder:

If everything went well you will end up inside the virtual machine logged in as the vagrant user.

You can stop the VM with

or delete it with

More boxes along with the instructions how to install them can be found on the vagrantbox.es page.