Assembly is a general name used for many human-readable forms of machine code. It naturally differs a lot between different CPUs (Central Processing Unit), but also on single CPU there may exist several incompatible dialects of Assembly, each compiled by different assembler, into the identical machine code defined by the CPU creator.

If you want to ask question about your own Assembly problem, always state what HW and which assembler you are using, otherwise it will be difficult to answer your question in detail.

Learning Assembly of single particular CPU will help to learn basics on different CPU, but every HW architecture can have considerable differences in details, so learning ASM for new platform can be close to learning it from scratch.

Assembly language is a human readable form of machine language or machine code which is the actual sequence of bits and bytes on which the processor logic operates. It is generally easier for humans to read and program in mnemonics than binary, octal or hex, so humans typically write code in assembly language and then use one or more programs to convert it into the machine language format understood by the processor.

There are two general types of processors:

Other programming languages compilers sometimes produce assembler first, which is then compiled into machine code by calling an assembler. For example, gcc using its own gas assembler in final stage of compilation. Produced machine code is often stored in object files, which can be linked into executable by the linker program.

Small microcontrollers are often programmed purely in assembly language or in a combination of assembly language and one or more higher level languages such as C or C++. This is done because one can often use the particular aspects of the instruction set architecture for such devices to write more compact, efficient code than would be possible in a higher level language and such devices often have limited memory and registers. Many microprocessors are used in embedded systems which are devices other than general purpose computers that happen to have a microprocessor inside. Examples of such embedded systems are televisions, microwave ovens and the engine control unit of a modern automobile. Many such devices have no keyboard or screen, so a programmer generally writes the program on a general purpose computer, runs a cross-assembler (so called because this kind of assembler produces code for a different kind of processor than the one on which it runs) and/or a cross-compiler and cross linker to produce machine code.

There are many vendors for such tools, which are as varied as the processors for which they produce code. Many, but not all processors also have an open source solution like GNU, sdcc, llvm or other. 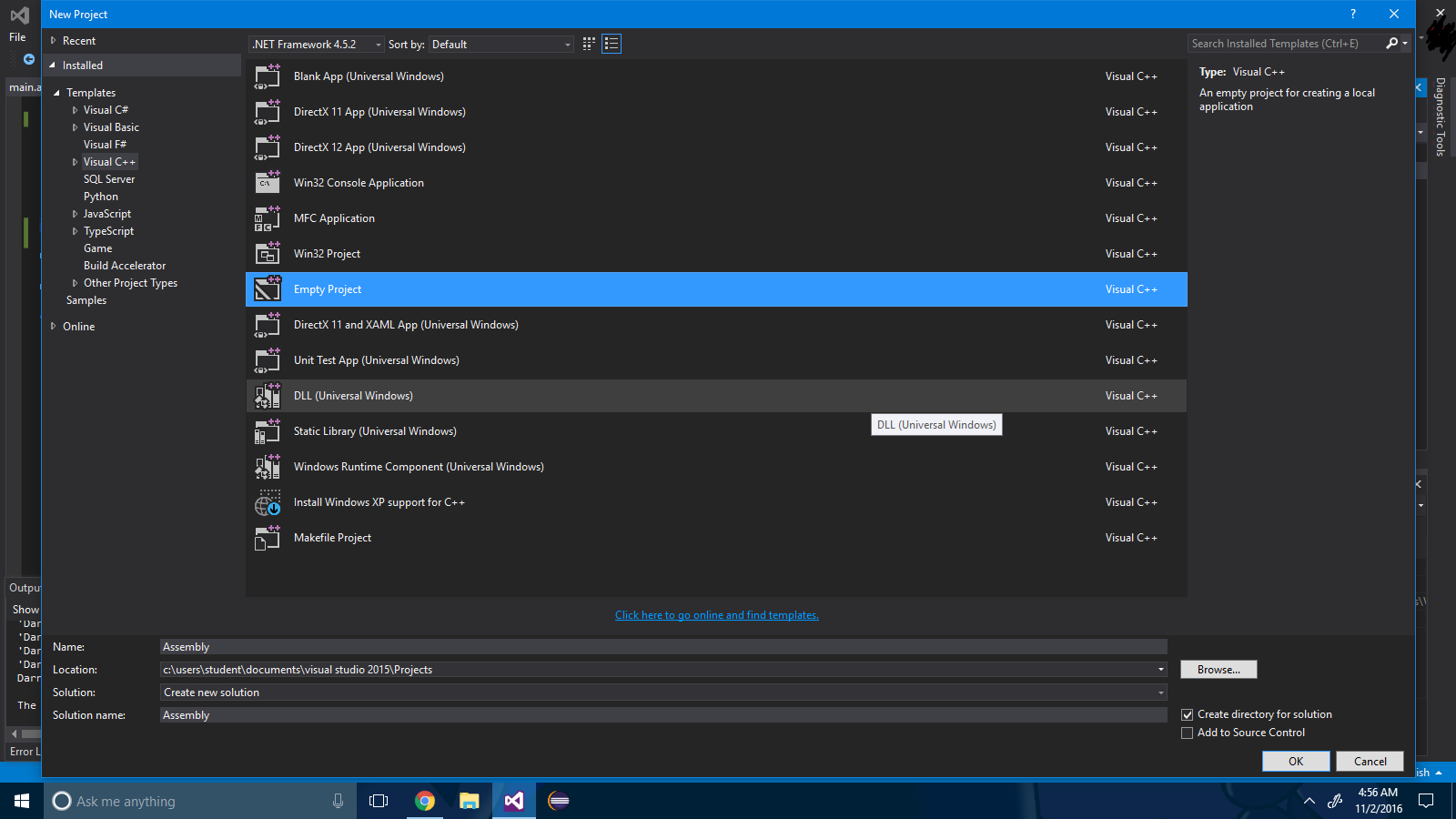 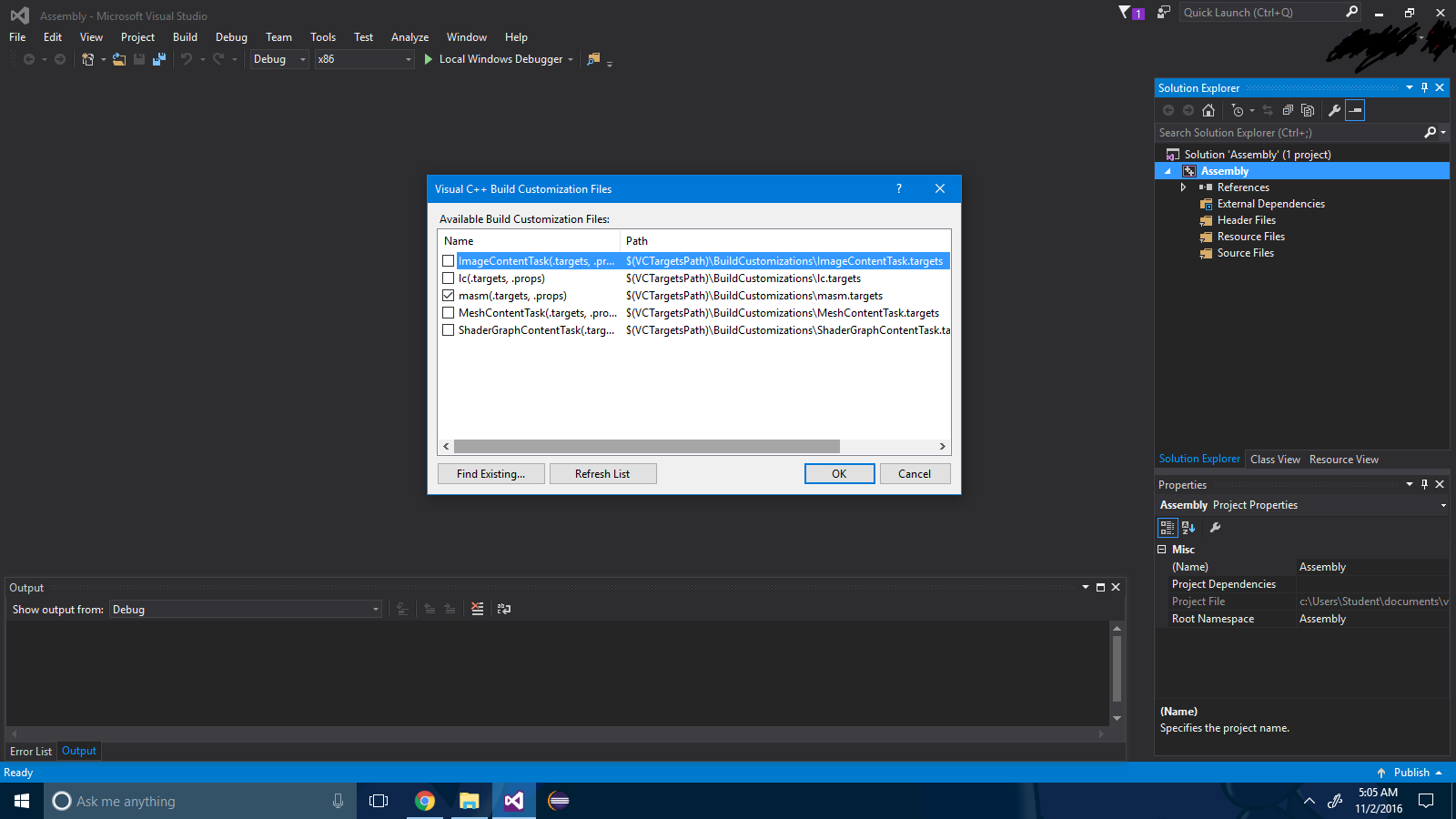 Step 5: Create your assembly file and type in this: 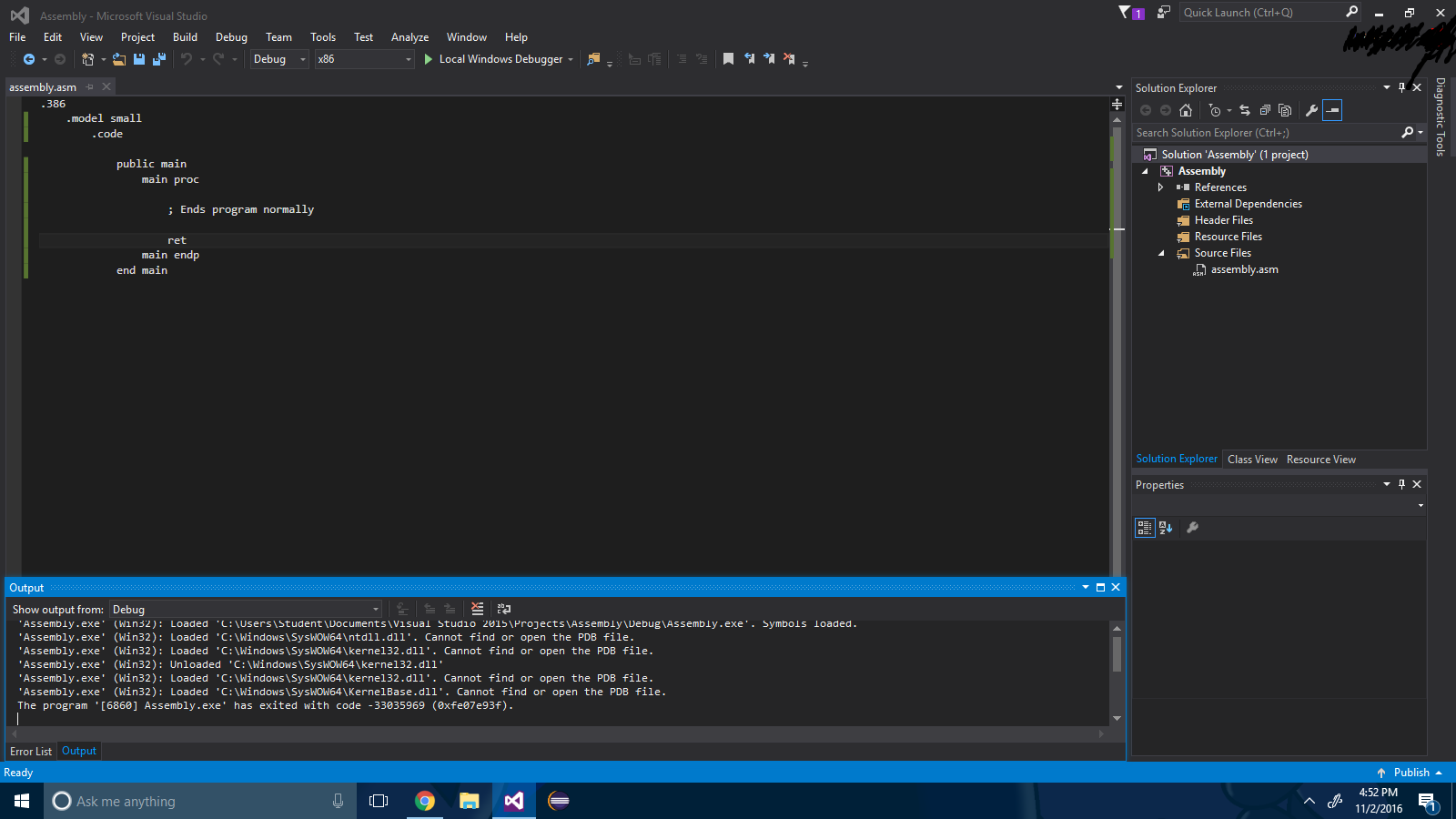 If you want to execute this program, you first need the Netwide Assembler, nasm , because this code uses its syntax. Then use the following commands (assuming the code is in the file helloworld.asm ). They are needed for assembling, linking and executing, respectively.

The code makes use of Linux's sys_write syscall. Here you can see a list of all syscalls for the x86_64 architecture. When you also take the man pages of write and exit into account, you can translate the above program into a C one which does the same and is much more readable:

Just two commands are needed here for compilation and linking (first one) and executing:

Machine code is term for the data in particular native machine format, which are directly processed by the machine - usually by the processor called CPU (Central Processing Unit).

The major advantage of this architecture is relative simplicity and universality of each of components - when compared to computer machines before (with hard-wired program in the machine construction), or competing architectures (for example the Harvard architecture separating memory of program from memory of data). Disadvantage is a bit worse general performance. Over long run the universality allowed for flexible usage, which usually outweighed the performance cost.

How does this relate to machine code?

Program and data are stored in these computers as numbers, in the memory. There's no genuine way to tell apart code from data, so the operating systems and machine operators give the CPU hints, at which entry point of memory starts the program, after loading all the numbers into memory. The CPU then reads the instruction (number) stored at entry point, and processing it rigorously, sequentially reading next numbers as further instructions, unless the program itself tells CPU to continue with execution elsewhere.

For example a two 8 bit numbers (8 bits grouped together are equal to 1 byte, that's an unsigned integer number within 0-255 range): 60 201 , when executed as code on Zilog Z80 CPU will be processed as two instructions: INC a (incrementing value in register a by one) and RET (returning from sub-routine, pointing CPU to execute instructions from different part of memory).

To define this program a human can enter those numbers by some memory/file editor, for example in hex-editor as two bytes: 3C C9 (decimal numbers 60 and 201 written in base 16 encoding). That would be programming in machine code.

To make the task of CPU programming easier for humans, an Assembler programs were created, capable to read text file containing something like:

outputting byte hex-numbers sequence 3C C9 3C , wrapped around with optional additional numbers specific for target platform: marking which part of such binary is executable code, where is the entry point for program (the first instruction of it), which parts are encoded data (not executable), etc.

Notice how the programmer specified the last byte with value 60 as "data", but from CPU perspective it does not differ in any way from INC a byte. It's up to the executing program to correctly navigate CPU over bytes prepared as instructions, and process data bytes only as data for instructions.

Such output is usually stored in a file on storage device, loaded later by OS (Operating System - a machine code already running on the computer, helping to manipulate with the computer) into memory ahead of executing it, and finally pointing the CPU on the entry point of program.

The CPU can process and execute only machine code - but any memory content, even random one, can be processed as such, although result may be random, ranging from "crash" detected and handled by OS up to accidental wipe of data from I/O devices, or damage of sensitive equipment connected to the computer (not a common case for home computers :) ).

The similar process is followed by many other high level programming languages, compiling the source (human readable text form of program) into numbers, either representing the machine code (native instructions of CPU), or in case of interpreted/hybrid languages into some general language-specific virtual machine code, which is further decoded into native machine code during execution by interpreter or virtual machine.

Some compilers use the Assembler as intermediate stage of compilation, translating the source firstly into Assembler form, then running assembler tool to get final machine code out of it (GCC example: run gcc -S helloworld.c to get an assembler version of C program helloworld.c ).