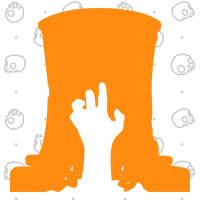 I'm currently a member of the Swift for TensorFlow team at Google, working to build a next-generation platform for machine learning.

Prior to that, I was the CEO and cofounder of SonoPlot, Inc. SonoPlot manufactures and sells robotic systems for the printed electronics and biological research markets. I also used to do Mac and iOS development on the side via my one-man company Sunset Lake Software, with a particular focus on the iPhone and iPad.

I released an open-source molecular modeler for Mac and iOS called Molecules, and plan to open source my former equation editor called Pi Cubed as well. I'm the author of an open source framework called GPUImage which lets you perform GPU-accelerated filtering of images and video on Mac, iOS, and Linux.

I also taught a course on advanced iPhone development at the Madison Area Technical College, for which the fall and spring semesters' videos can be found on iTunes U. Class notes for this course (with links to sample code and other resources) can be downloaded here in VoodooPad format.