emacs Getting started with emacs

Emacs is a text editor whose most prominent feature is the ability of users to programmatically customize nearly all aspects of it. This is facilitated though a special dialect of the Lisp programming language, called Emacs Lisp, created specifically for use in the Emacs editor.

There are a multitude of extensions written in Emacs Lisp that add to Emacs functionality. These extensions include editing facilities for specific programming languages (similar to what an IDE might provide), e-mail and IRC clients, Git frontends, games such as Tetris and 2048, and much more.

Many aspects of the Emacs editor can be used with no programming knowledge. Users looking to programmatically customize Emacs, however, will find certain features of the Emacs Lisp language such as the (self-)documentation system incredibly helpful and accommodating.

Good video tutorials about Emacs can be found at emacsrocks.com. 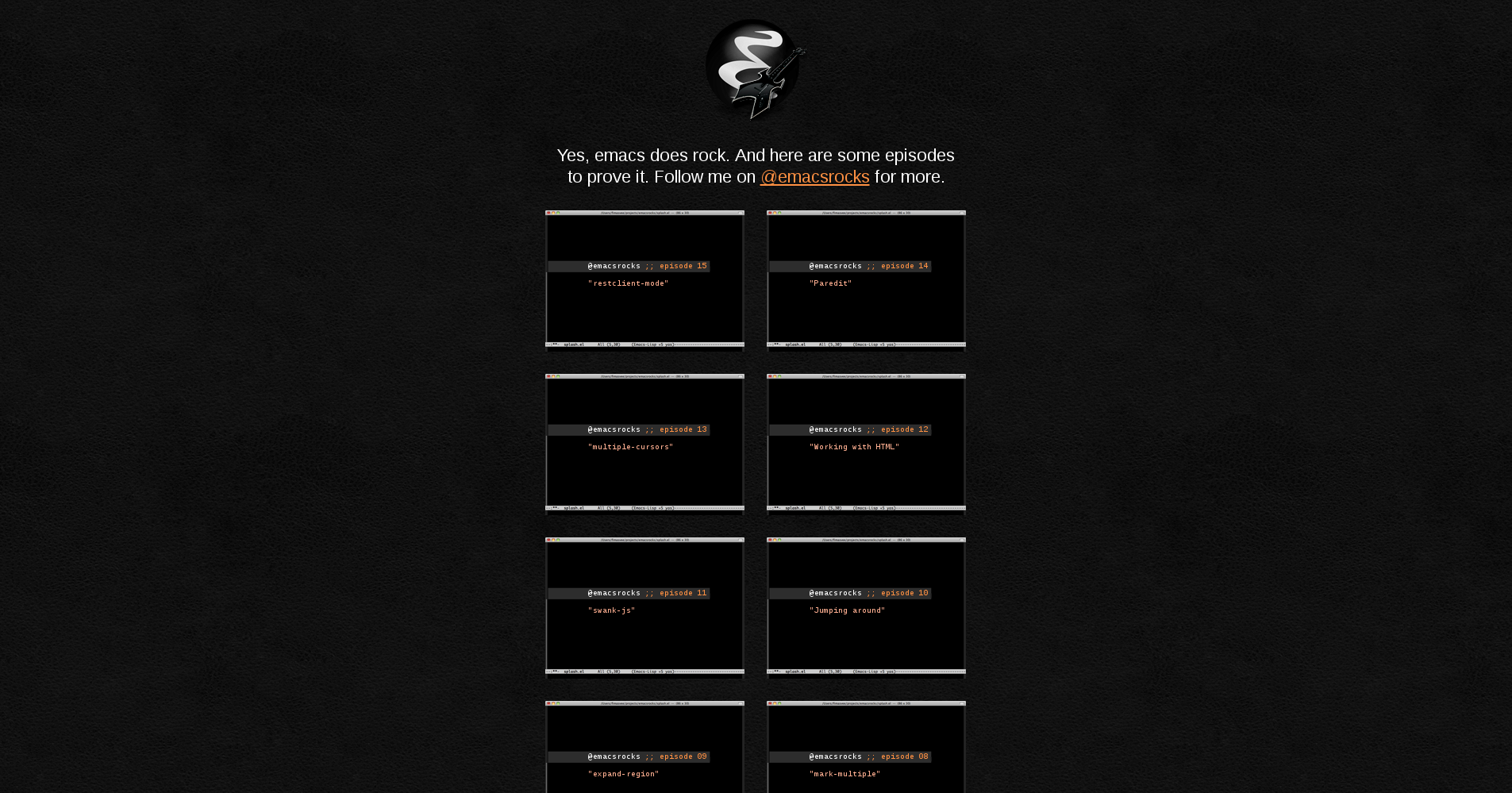 Detailed instructions on getting emacs set up or installed.

Official instructions are available on the GNU Emacs website.

On systems with the Debian package manager (such as Debian, Ubuntu, and Mint) Emacs can be installed via the simple command:

For a bleeding-edge release one can use the following ppa:

If your debian based distro does not have the version of emacs you want you can build it from scratch.

On systems with the Redhat package manager (such as RHEL, CentOS, and Fedora Core) Emacs can be installed via the simple command:

Emacs can be installed via the simple command:

On systems running Portage, Emacs can be installed via the simple command:

Works on any GNU/Linux system for getting the latest version of emacs without using the system package manager (which may be out of date) or downloading the archive or binary. To install gsrc see it's documentation. Then:

Precompiled app bundles for the latest stable and development versions can be downloaded at https://emacsformacosx.com.

Emacs can be installed with

Can be installed from extras bucket

(Note that official binaries do not come with some libraries - e.g., libraries for image formats)

From within Emacs, type C-h t (Control-h, t) to get an excellent interactive tutorial within Emacs. The user learns basic navigation and editing by operating on the TUTORIAL text itself, as they read the tutorial. (Modifications to the tutorial are discarded when the tutorial is closed, so each time a user requests the tutorial, it's a clean default version of the tutorial.

Helpfully, the first thing in the tutorial is how to understand C-<chr> and M-<chr> references in the text. The second thing is how to page forward and backwards in the text.