ipython Getting started with ipython IPython vs Jupyter

IPython has two parts to it: A command line interface that replaces the default python REPL and a way to run Python through the web browser as a graphical user interface.

With the latest developments the browser part has been split into the Jupyter project that enables multiple programming languages to use the graphical interface. It is still possible to use IPython as a Python kernel for this.

Up to date setup instructions for Jupyter can be found in the official install docs.

ipython, or jupyter console, when invoked from the command line without any other parameters will enter an interactive terminal session as below: 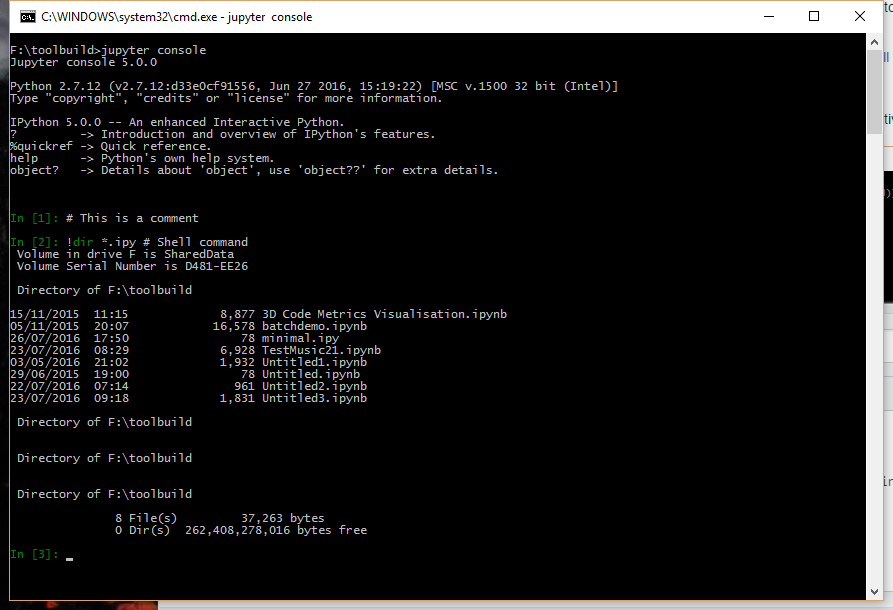 jupyter qtconsole, or ipython qtconsole before version 5, will start a multi-tabbed QT based console: 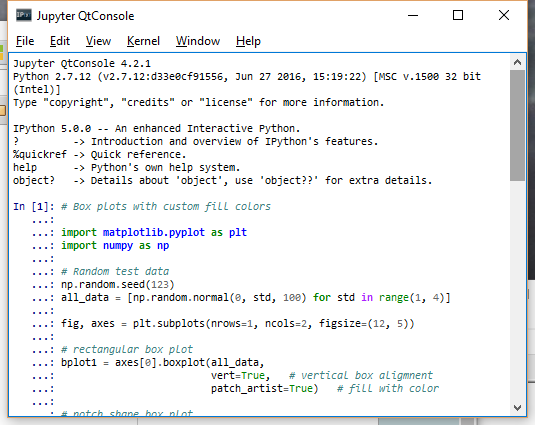 jupyter notebook, or ipython notebook before version 5, will start a server and by default open up a web page, at http://localhost:8888/tree, with the "Home" view of the current directory. This allows you to open existing notebooks or new kernels in several languages, depending on which you have installed; each will be opened in a new browser tab.

Notebooks allow you to mix markdown, including MathJax, code from the kernel of your choice, plots and graphs, images and even videos. 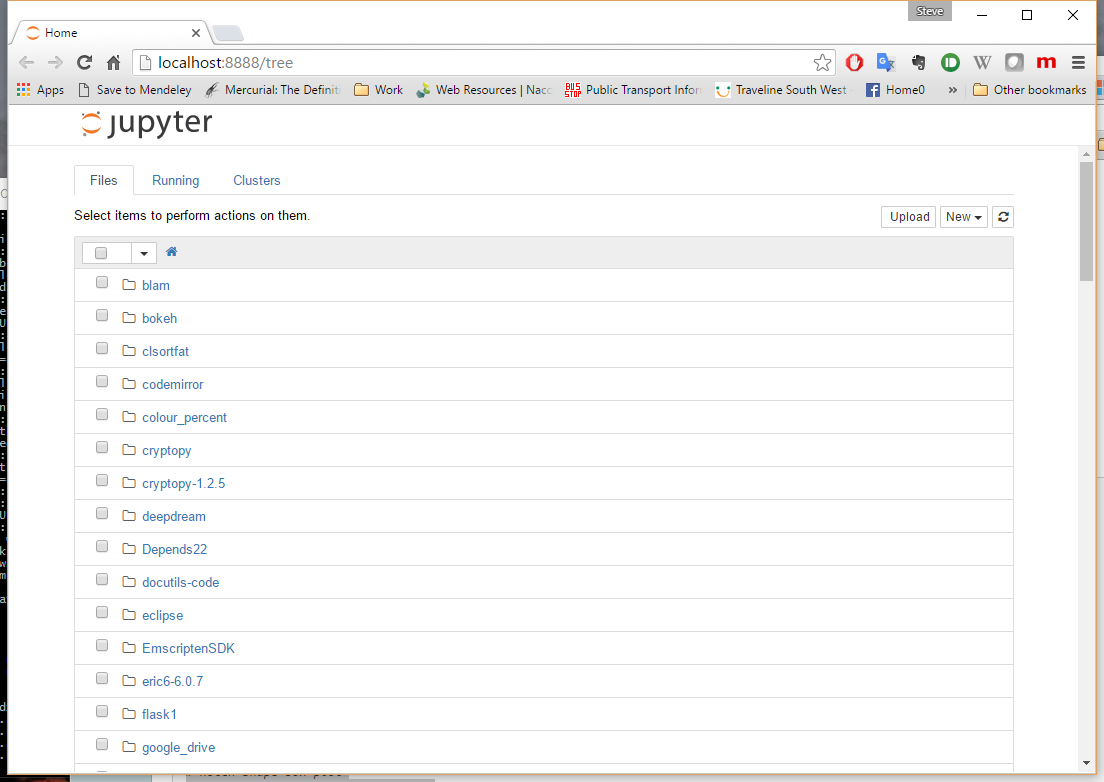 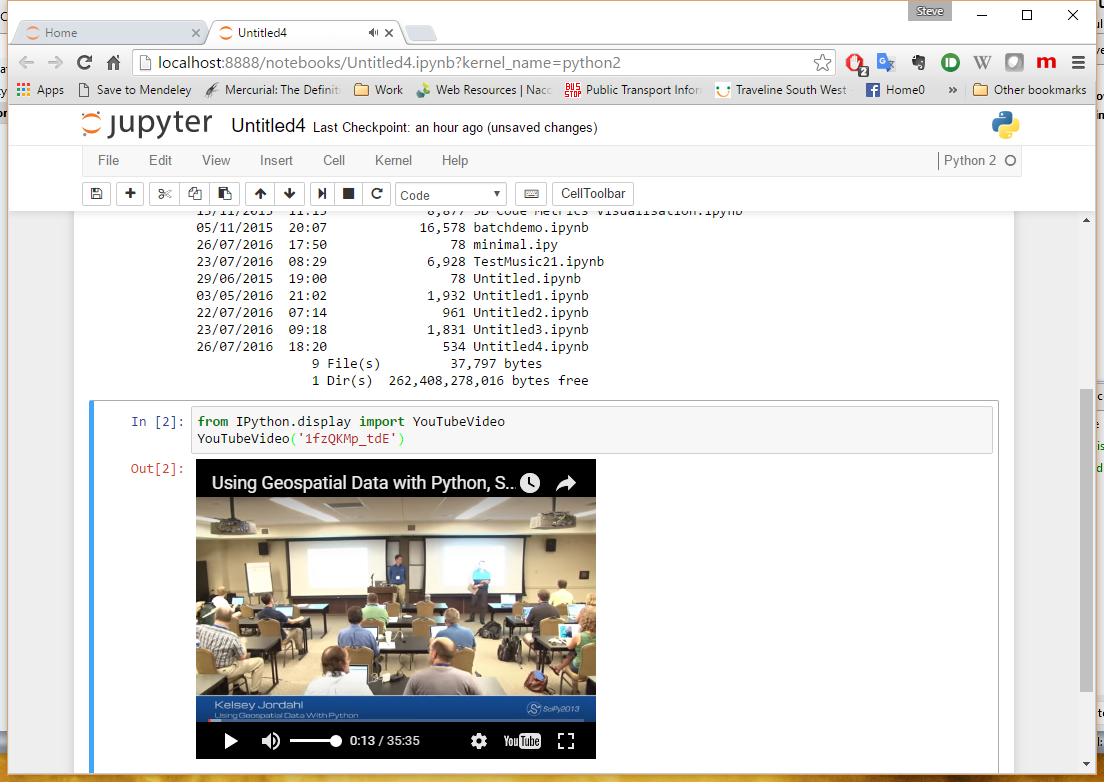