JavaFX Scene Builder is a visual layout tool that lets users quickly design JavaFX application user interfaces, without coding. Users can drag and drop UI components to a work area, modify their properties, apply style sheets, and the FXML code for the layout that they are creating is automatically generated in the background. The result is an FXML file that can then be combined with a Java project by binding the UI to the application’s logic.

A little bit of history

The Scene Builder project was created using JavaFX by Oracle and it is open source within the OpenJFX project.

Oracle provided binaries, up until Scene Builder v 2.0, including only JavaFX features before the release of Java SE 8u40, so new features like the Spinner controls are not included.

Gluon took over the binary releases distribution, and an up-to-date Scene Builder 8+ can be downloaded for every platform from here.

It includes the latest changes in JavaFX, and also recent improvements and bug fixes.

The open source project can be found here where issues, feature requests and pull requests can be created.

The Oracle legacy binaries still can be downloaded from here.

FXML tutorials can be found here. 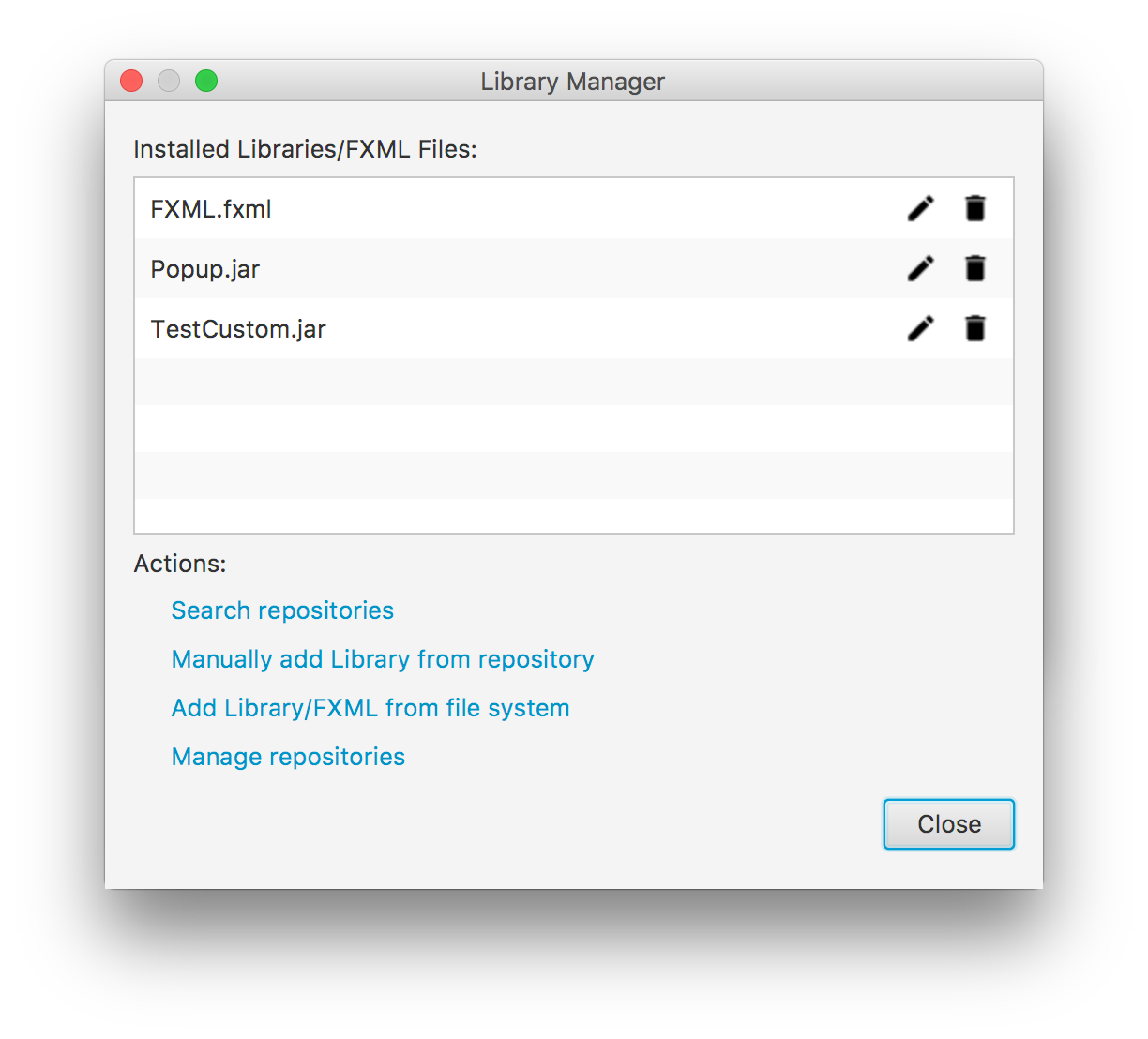