The compiler layer contains the object models that correspond with information exposed at each phase of the compiler pipeline. 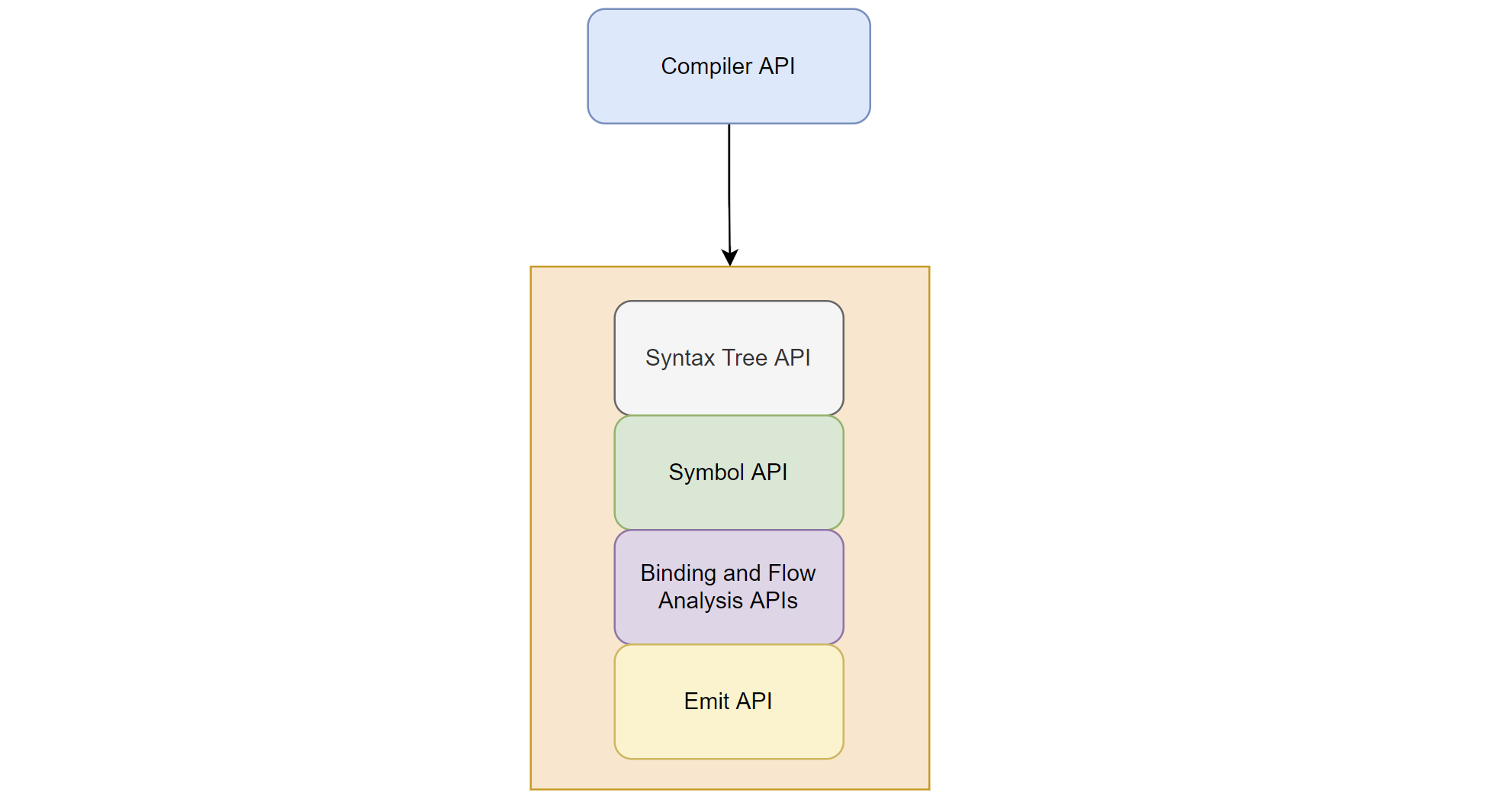 Corresponding to each of those phases, an object model is surfaced that allows access to the information at that phase.

The compiler may produce a set of diagnostics covering everything from syntax, semantic, and definite assignment errors to various warnings and informational diagnostics.

As a part of the compiler layer, the hosting/scripting APIs are created for executing code snippets and accumulating a runtime execution context.

The Workspaces layer contains the Workspace API, which is the starting point for doing code analysis and refactoring over entire solutions.