What is Sublime Text?

Sublime Text is simple but powerful source code editor with a Python application programming interface. It natively supports many programming languages and markup languages, and its functionality can be extended by users with plugins, themes and packages, typically community-built and maintained under free-software licenses.

Why Use Sublime Text?

It is Cross Platform:

It is Extendable by Plugins:

To customize Sublime Text (including themes, syntax highlighting etc) you must have package control installed.

Instead of following the above link, you can open the Sublime console to install it. The console is accessed via the ctrl+ shortcut or the View > Show Console menu. Once open, paste the following Python code for your version of Sublime Text into the console.

This code creates the Installed Packages folder for you, and then downloads the Package Control.sublime-package into it. The download will be done over HTTP instead of HTTPS due to Python standard library limitations, however the file will be validated using SHA-256.

After this has finished, open Sublime Text and press shift-command-p on OSX or control-p on windows to open the package search function.

Once this has loaded, search through each package/theme and double click to install one.

Once this has been installed, open the search function again (shift-command-p on OSX or control-p on windows) and search for the package/theme you have just installed.

Most packages come with an automatic activation, for example the Boxy theme shows Boxy Theme: Activation . Simply select this to install the theme.

Your UI will now look different depending on the theme you picked. See the image below for an example of the Spacegray theme: 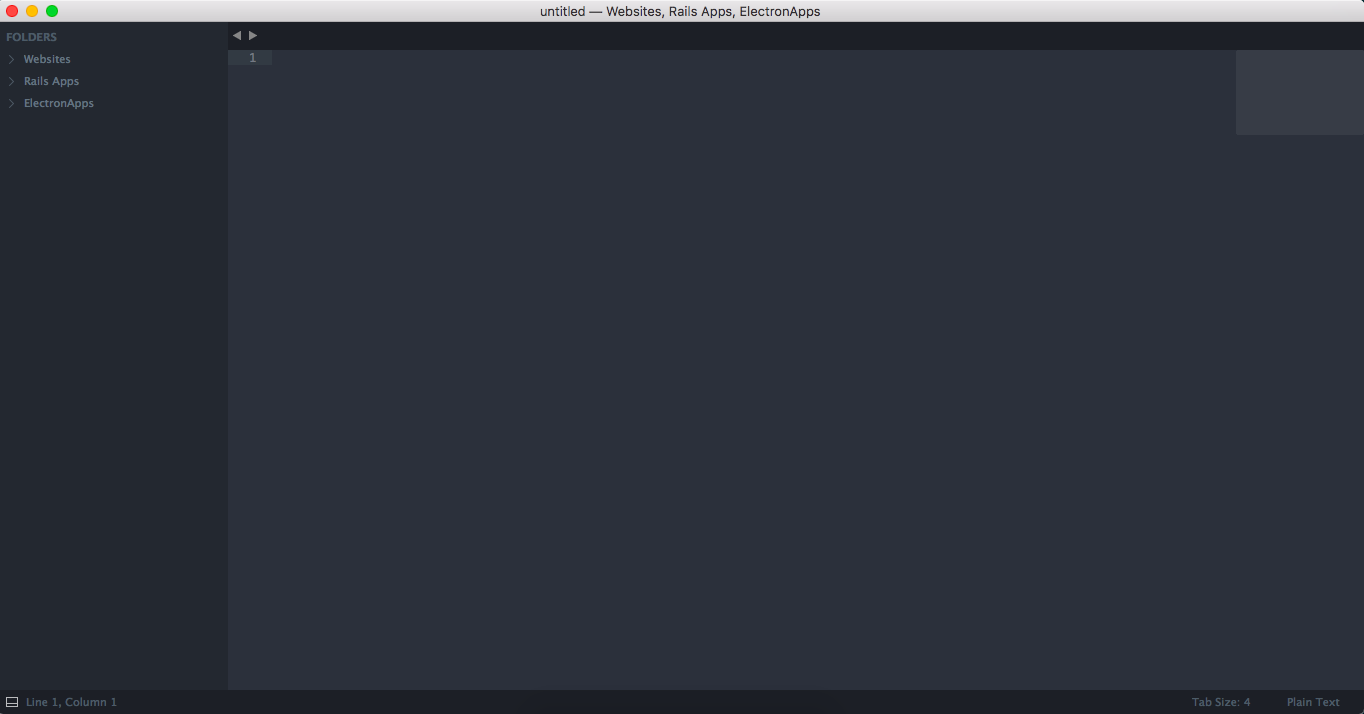 There are various builds for different operating systems including:

Once Sublime Text has been successfully downloaded, simply open the .dmg file to start the installation process.

After completion of the installation process, navigate to the Applications folder and open Sublime Text.

You have successfully installed the free version of Sublime Text!

To obtain a licence, you must purchase Sublime Text by visiting this purchase link.