With that said, customization plug-in will never make changes to any other than current company, unless it uses PXLoginScope to log into all companies, one after the other, available to the current user publishing customization.

Below is an example of customization plugin creating MyVerticalSolution user role in all companies available to the current user:

To obtain a list of companies available to the current user, you simply invoke static PXAccess.GetCompanies() method. Then PXLoginScope is used to log into each of the available companies to create MyVerticalSolution user role. Notice instance of the RoleAccess BLC re-initialized for each company - this is an absolutely mandatory step to making changes to multiple companies at a time.

Let's assume there are 2 companies on your Acumatica instance: CompanyA and CompanyB. The admin user, that you are going to use to publish customization, has access to both companies and MyVerticalSolution role, created by customization plug-in, already exist in CompanyA: 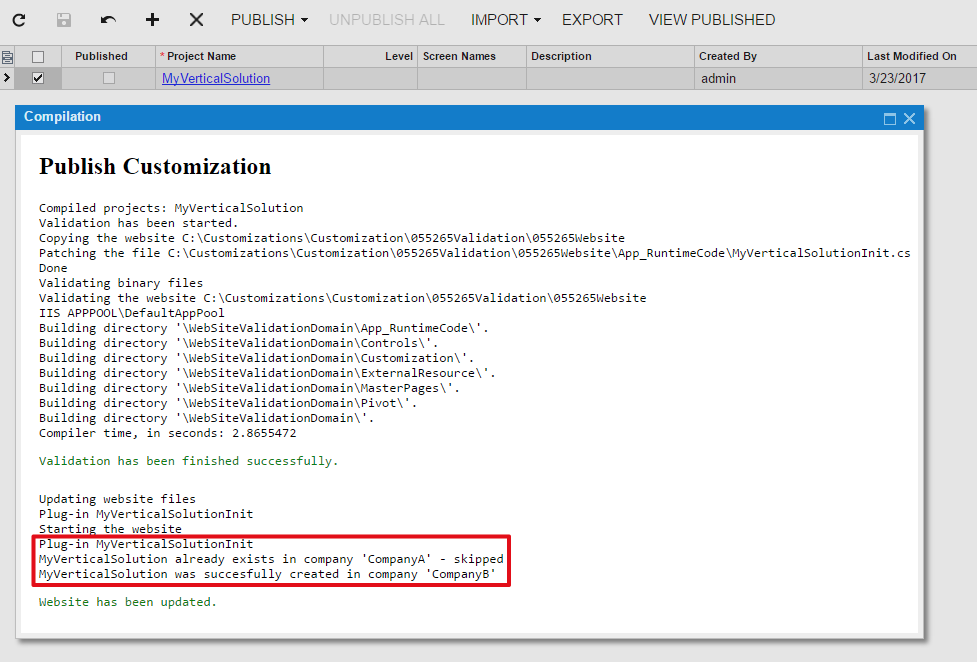 Next time you publish this customization, MyVerticalSolution role will be skipped for both companies in your Acumatica application: 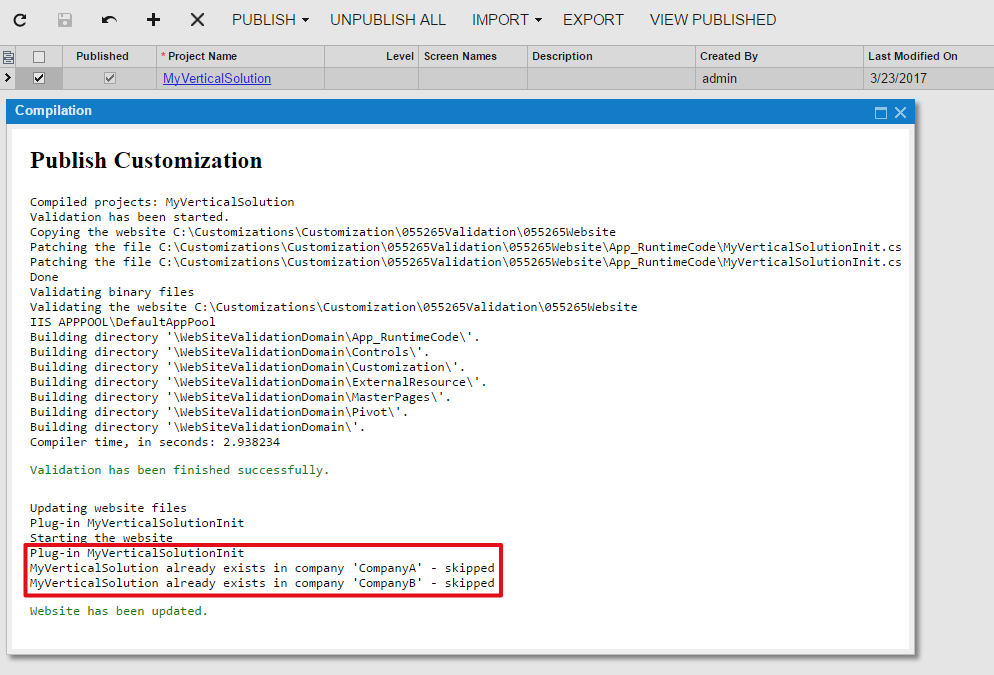