Gnuplot is able to generate a graphic from a script file which allows for a sequence of commands necessary to draw a graphic to be executed in sequence instead of type in manually.

For the purpose of this example we'll create a simple script to draw a sin(x).

Create a file sinx.p with the following contents:

In the example above you find the most common commands, however, there are several other commands to be explored such as set xlabel, set ylabel, etc.

You may customize the set output line with the path you would like the file to generate the file.

Open your terminal and type:

In case your current folder contains the script you may enter the following instead:

The script will run and generate the PNG file at the specified location. The resulting graphic should look like the following: 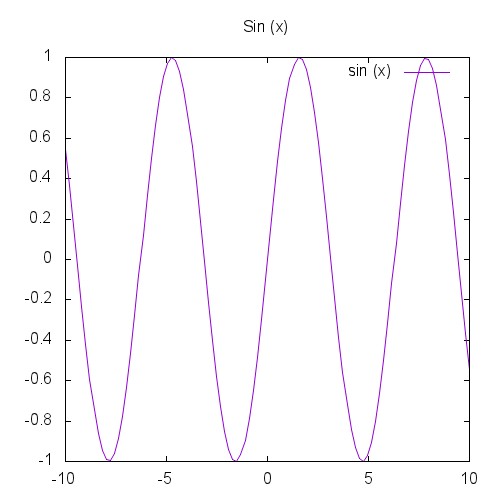