SQL Server provides support for debugging CLR objects in the database. Debugging in SQL Server follows a per-connection model. A debugger can detect and debug activities only to the client connection to which it is attached.

To debug CLR objects in Visual Studio, let's add TestScripts folder and then add Test.sql which is going to be the default test script source file.

Add the test script that you want to debug. To make this script a default one, let's go to the project properties. 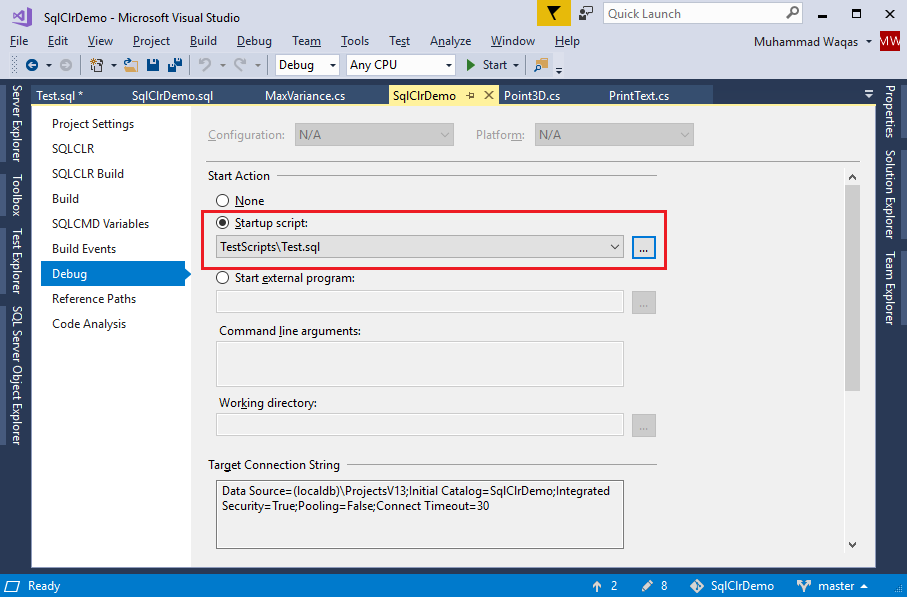 On the Debug page, choose the Startup Scrip and browse to the Test.sql file. In the Debug menu, select Start Debugging to compile, and test the project.

The test script in Test.sql will be invoked. 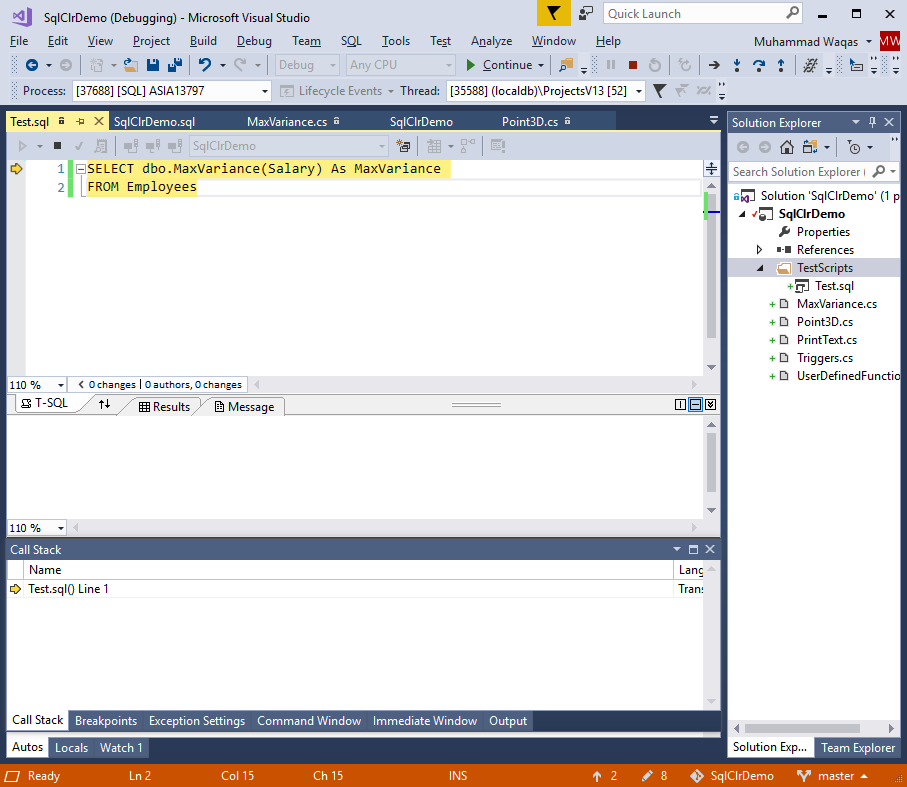 Now press F10 button and it will call the Init method. 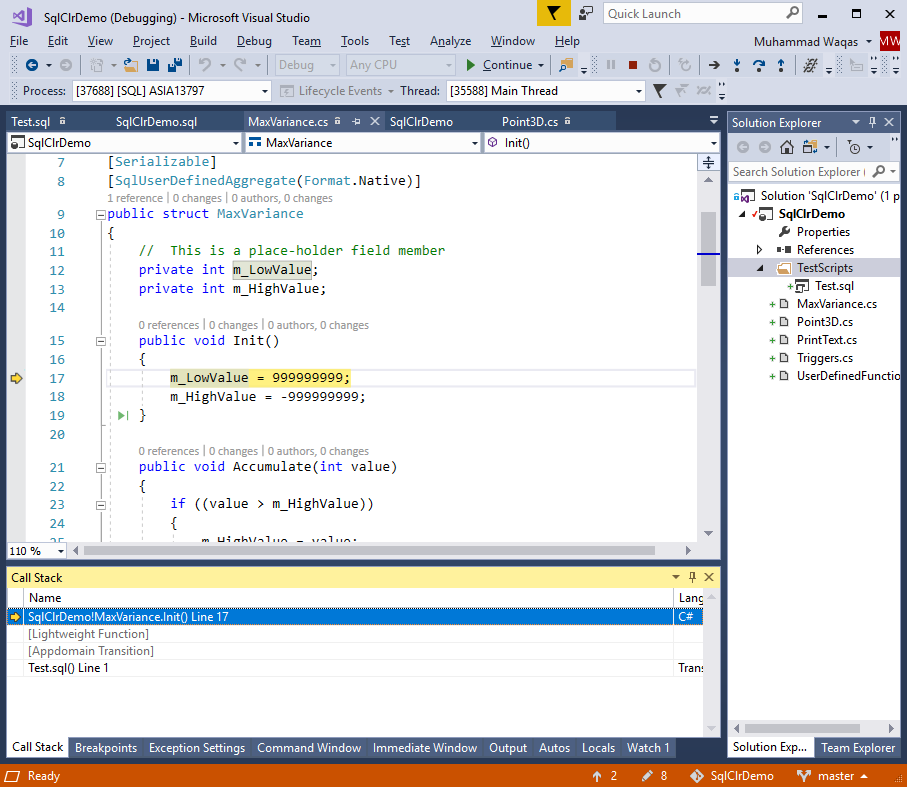 Debugging is a highly privileged operation, and therefore only members of the sysadmin fixed server role are allowed to do so in SQL Server.