In most software applications sometimes you need to export a report with the word or any other format and you may also need to merge multiple exported documents into a single document as per requirements.

Let's consider we have two documents and we need to merge them into a single word document.

As you can see in the above example, first it will load one.docx and then load two.docx

Now when you execute the above example, you will see that the new word document is created that contains the data of both word documents. 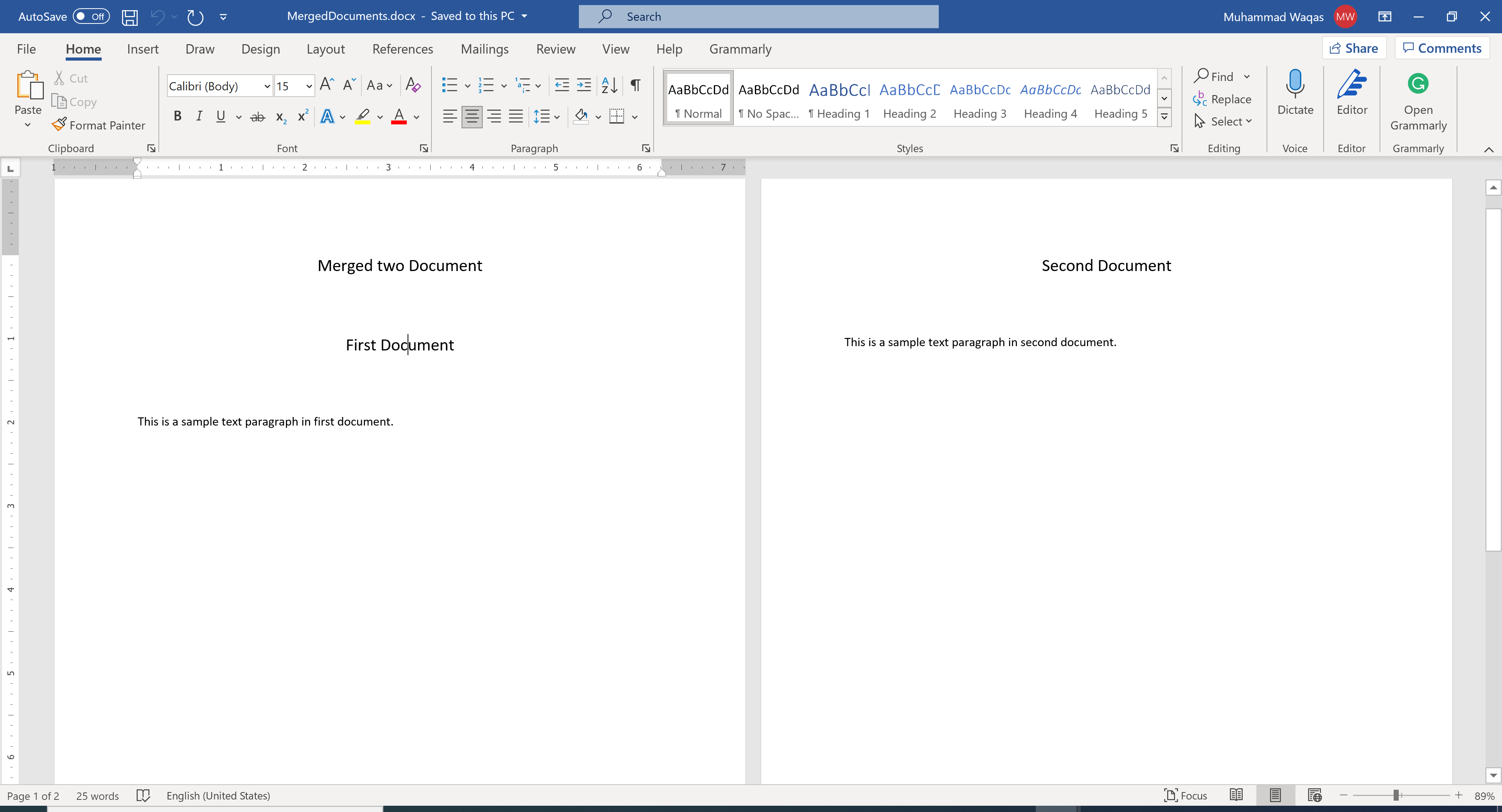