A confusion matrix can be used to evaluate a classifier, based on a set of test data for which the true values are known. It is a simple tool, that helps to give a good visual overview of the performance of the algorithm being used. 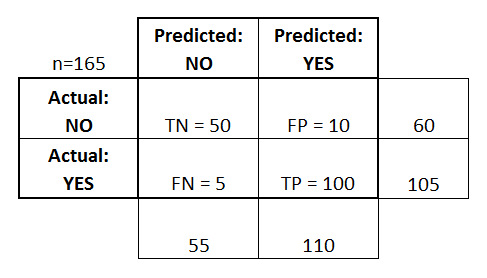 On the left side, one can see the Actual class (being labeled as YES or NO), while the top indicates the class being predicted and outputted (again YES or NO).

Based on these FP,TP,FN and TN, we can make further conclusions.