machine-learning Perceptron What is the bias

What is the bias

A perceptron can be seen as a function that maps an input (real-valued) vector x to an output value f(x) (binary value):

where w is a vector of real-valued weights and b is a our bias value. The bias is a value that shifts the decision boundary away from the origin (0,0) and that does not depend on any input value.

Thinking at the bias in a spatial way, the bias alters the position (though not the orientation) of the decision boundary. We can see below an example of the same curve shifted by the bias: 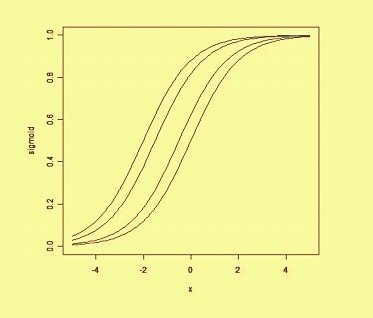