In combinatorial mathematics, the Catalan numbers form a sequence of natural numbers that occur in various counting problems, often involving recursively-defined objects. The Catalan numbers on nonnegative integers n are a set of numbers that arise in tree enumeration problems of the type, 'In how many ways can a regular n-gon be divided into n-2 triangles if different orientations are counted separately?'

Using zero-based numbering, the nth Catalan number is given directly in terms of binomial coefficients by the following equation. 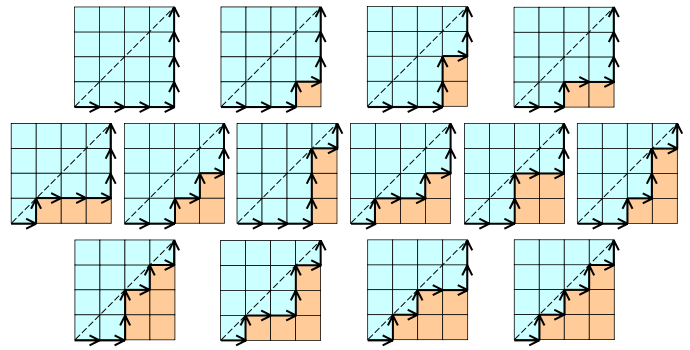