The border-style property sets the style of an element's border. This property can have from one to four values (for every side of the element one value.) 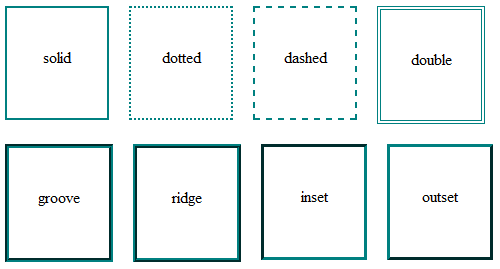