3D transforms are made according to an (x, y, z) coordinate vector system in Euclidean space.

The following image shows an example of coordinates in Euclidean space: 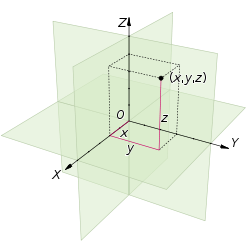 The following image shows how these coordinates are translated in CSS: 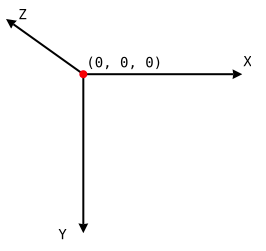