The MATLAB Profiler is a tool for software profiling of MATLAB code. Using the Profiler, it is possible to obtain a visual representation of both execution time and memory consumption.

Running the Profiler can be done in two ways:

Below is some sample code and the result of its profiling: 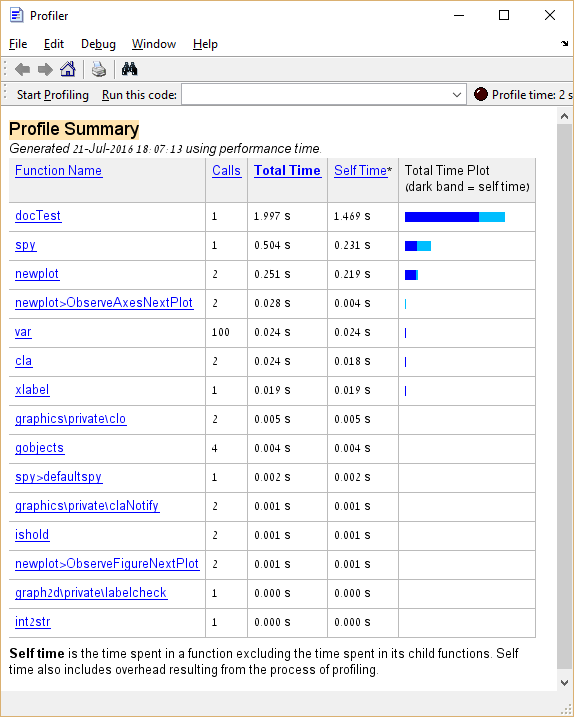 From the above we learn that the spy function takes about 25% of the total execution time. In the case of "real code", a function that takes such a large percentage of execution time would be a good candidate for optimization, as opposed to functions analogous to var and cla whose optimization should be avoided.

Moreover, it is possible to click on entries in the Function Name column to see a detailed breakdown of execution time for that entry. Here's the example of clicking spy: 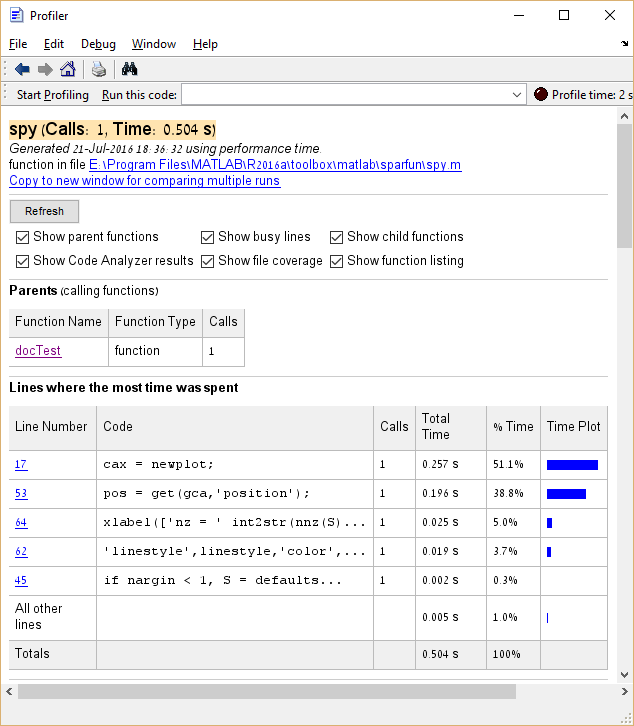 It is also possible to profile memory consumption by executing profile('-memory') before running the Profiler. 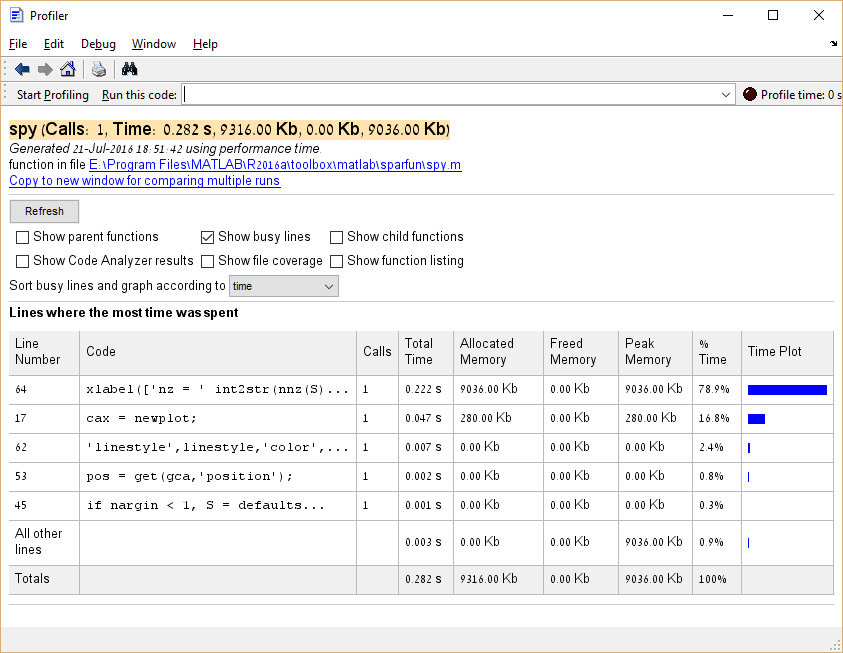