D-Flip-Flops (DFF) and latches are memory elements. A DFF samples its input on one or the other edge of its clock (not both) while a latch is transparent on one level of its enable and memorizing on the other. The following figure illustrates the difference: 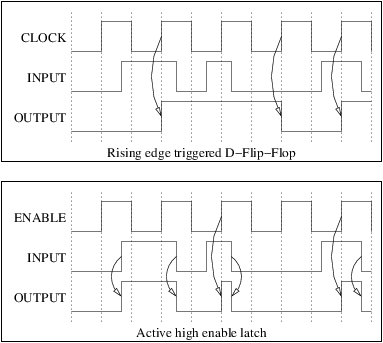 Modelling DFFs or latches in VHDL is easy but there are a few important aspects that must be taken into account: