A reference cycle (or retain cycle) is so named because it indicates a cycle in the object graph: 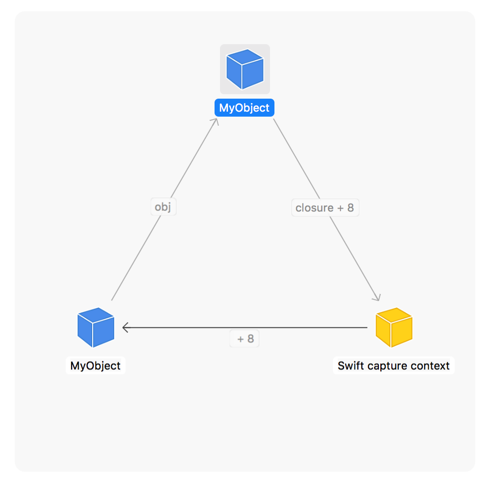 Each arrow indicates one object retaining another (a strong reference). Unless the cycle is broken, the memory for these objects will never be freed.

A retain cycle is created when two instances of classes reference each other:

Both instances they will live on until the program terminates. This is a retain cycle.

Weak or unowned references will not increase the reference count of an instance. These references don't contribute to retain cycles. The weak reference becomes nil when the object it references is deallocated.

When working with closures, you can also use weak and unowned in capture lists.