Double-click on the downloaded archive to expand its contents. 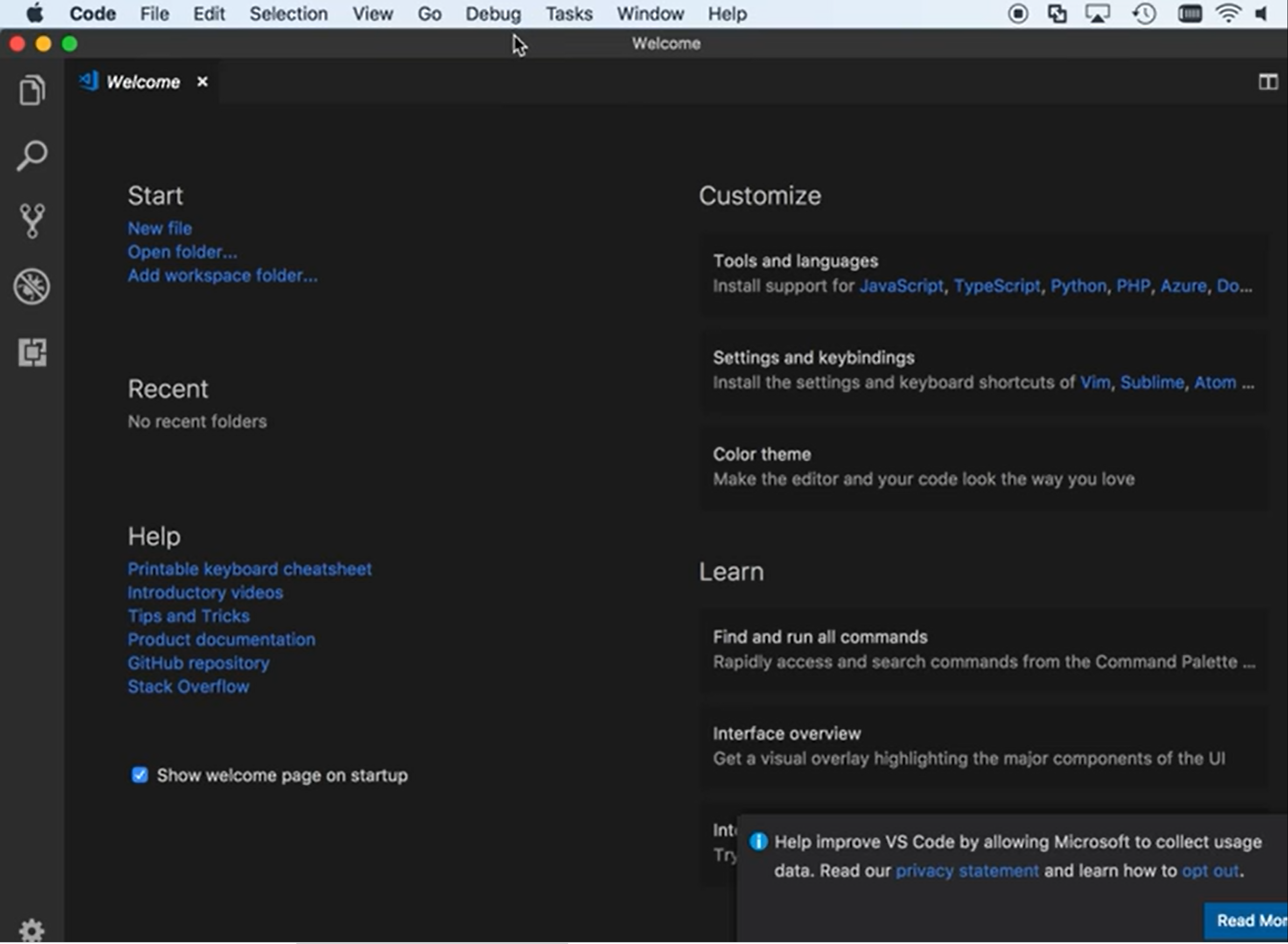 Drag Visual Studio Code.app to the Applications folder, making it available in the macOS Launchpad.

Add VS Code to your Dock by right-clicking on the icon to bring up the context menu and choosing Options, Keep in Dock.

Launching from the Command Line

You can also run Visual Studio Code from the terminal by typing code after adding it to the path.

Restart the terminal for the new $PATH value to take effect. You will be able to type code . in any folder to start editing files in that folder.

Instead of running the command above, you can manually add the Visual Studio Code to your path by running the following commands:

Start a new terminal to pick up your .bash_profile changes.

Since zsh became the default shell in macOS Catalina, run the following commands to add the Visual Studio Code to your path.