PorterDuff is described as a way of combining images as if they were "irregular shaped pieces of cardboard" overlayed on each other, as well as a scheme for blending the overlapping parts

"Porter Duff" in itself is an alpha compositing technique named after a paper by Thomas Porter and Tom Duff. 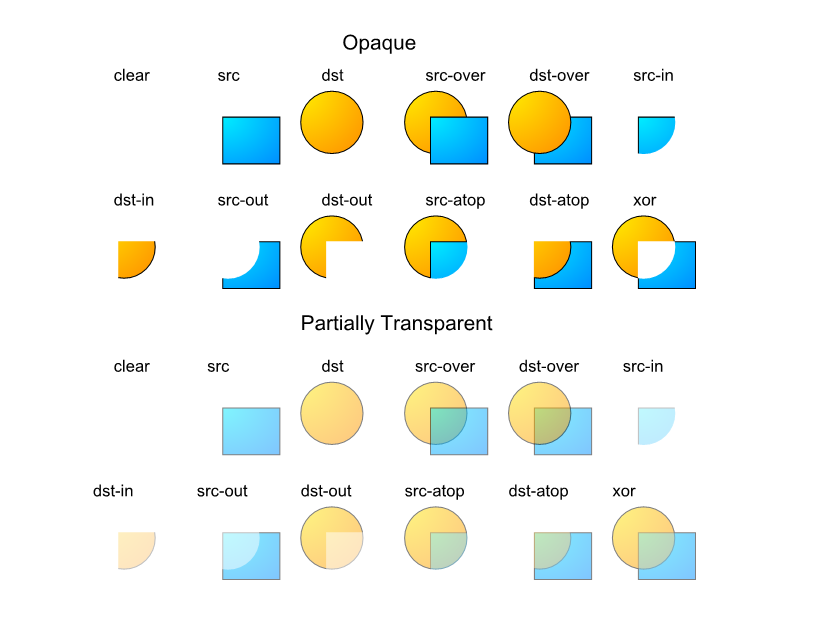