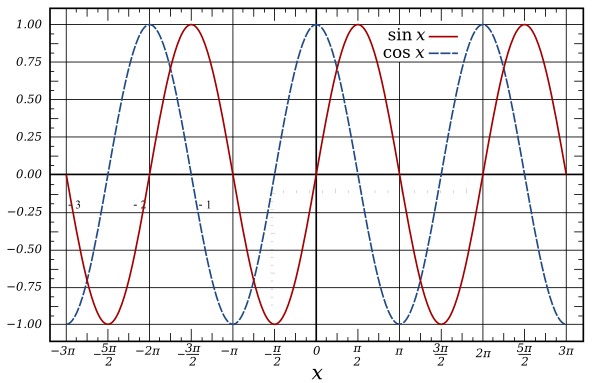 They are both very handy for many types of periodic calculations, from creating sound waves, to animations, and even encoding and decoding image data

This example shows how to create a simple sin wave with control over period/frequency, phase, amplitude, and offset.

The unit of time being used is seconds.
The most simple form with control over frequency only.

In almost all cases you will want to make some changes to the value returned. The common terms for modifications

To include all these in the function:

Or in a more compact (and slightly quicker form):

All the arguments apart from time are optional