Windows Forms is the smart-client component of the .NET Framework and .NET Core. It contains a set of managed libraries that simplify common application tasks such as reading and writing to the file system.

There are many features in Windows Forms that make implementing common tasks fast and easy, such as support for creating dialog boxes, printing, adding Help and documentation, and localizing your application to multiple languages.

Windows Forms relies on the robust security system of the .NET Framework. With this system, you can release more secure applications to your customers. 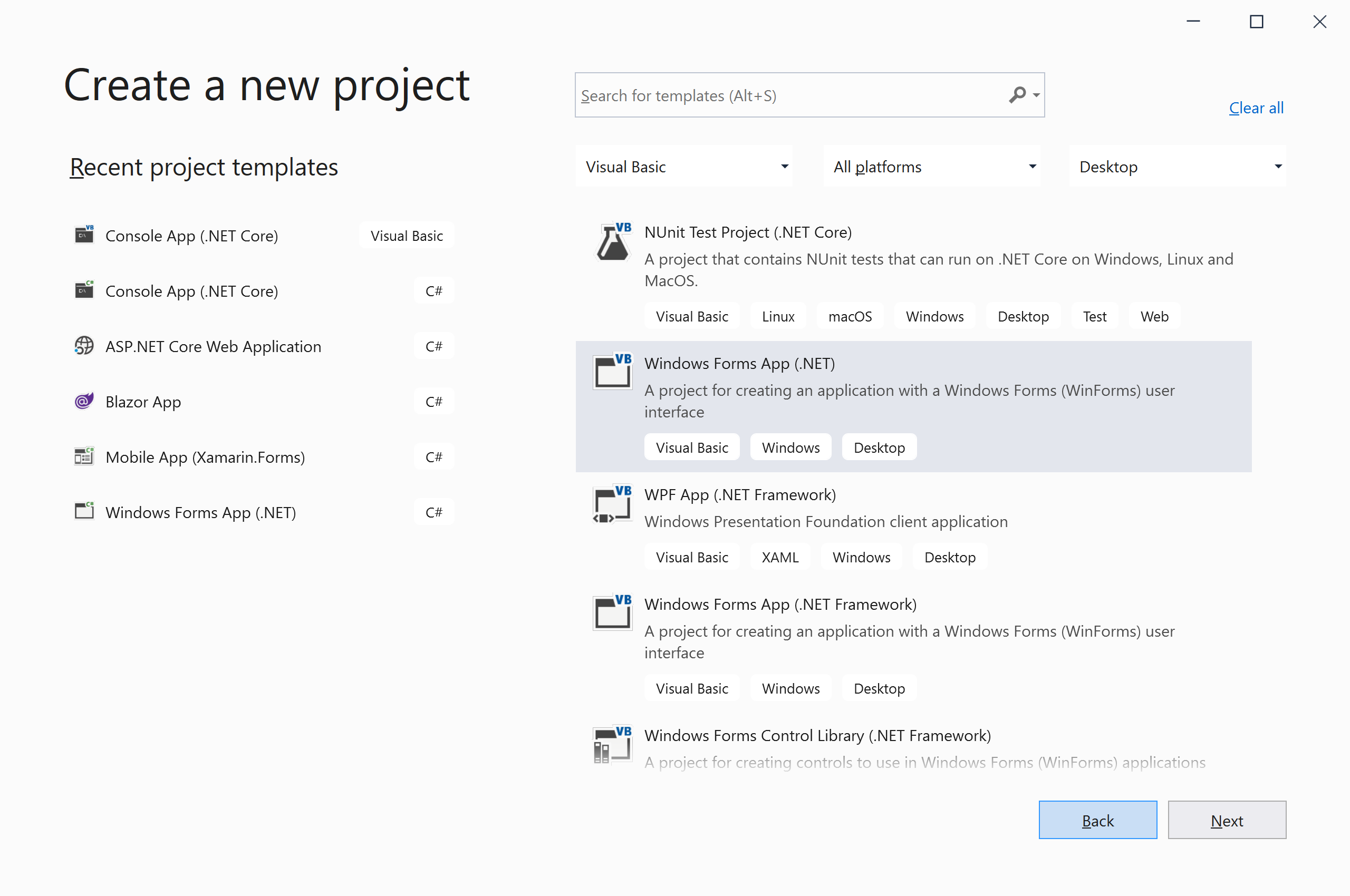 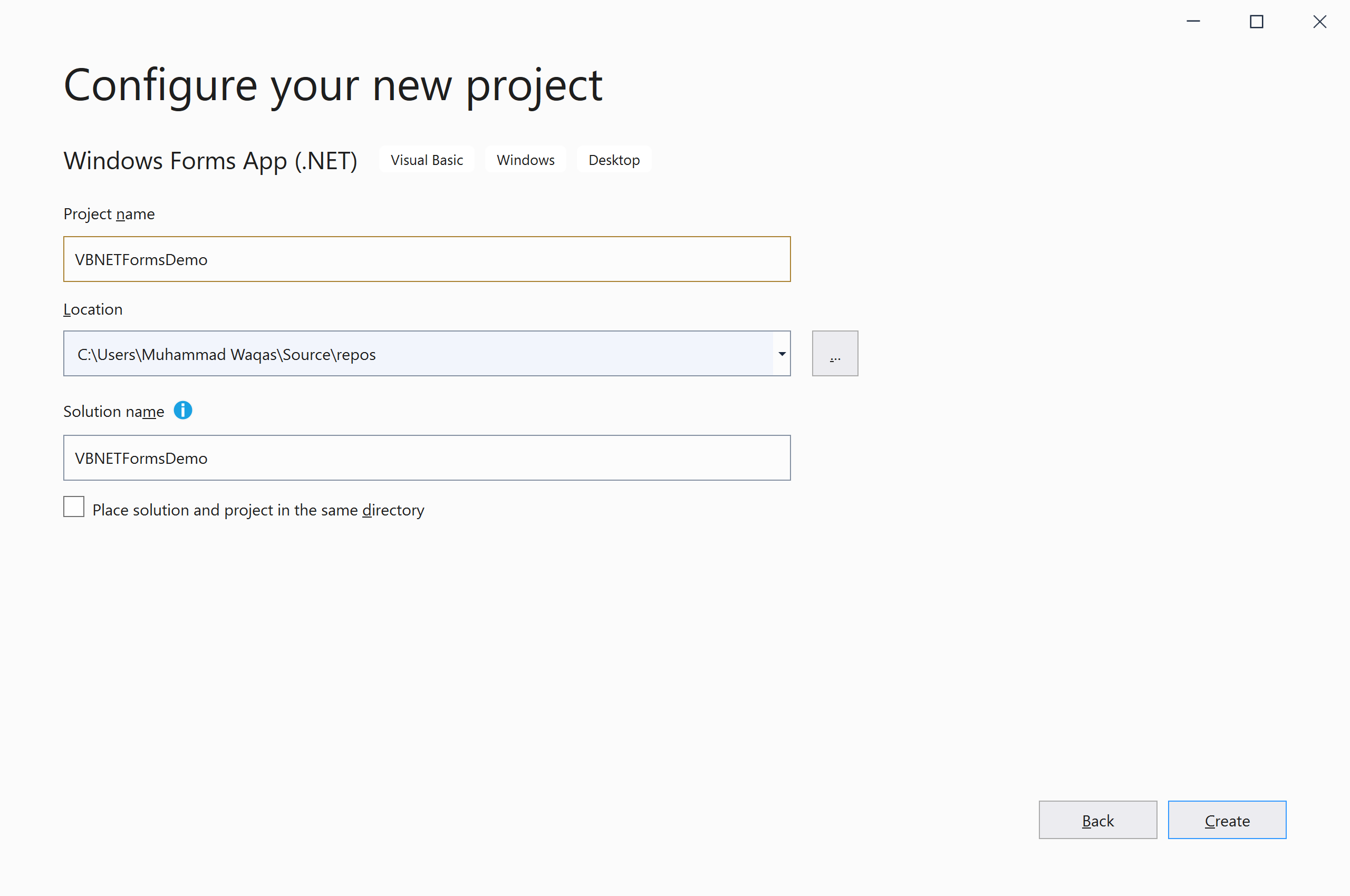 On the Configure your new project dialog, enter the name for your application and click the Create button. 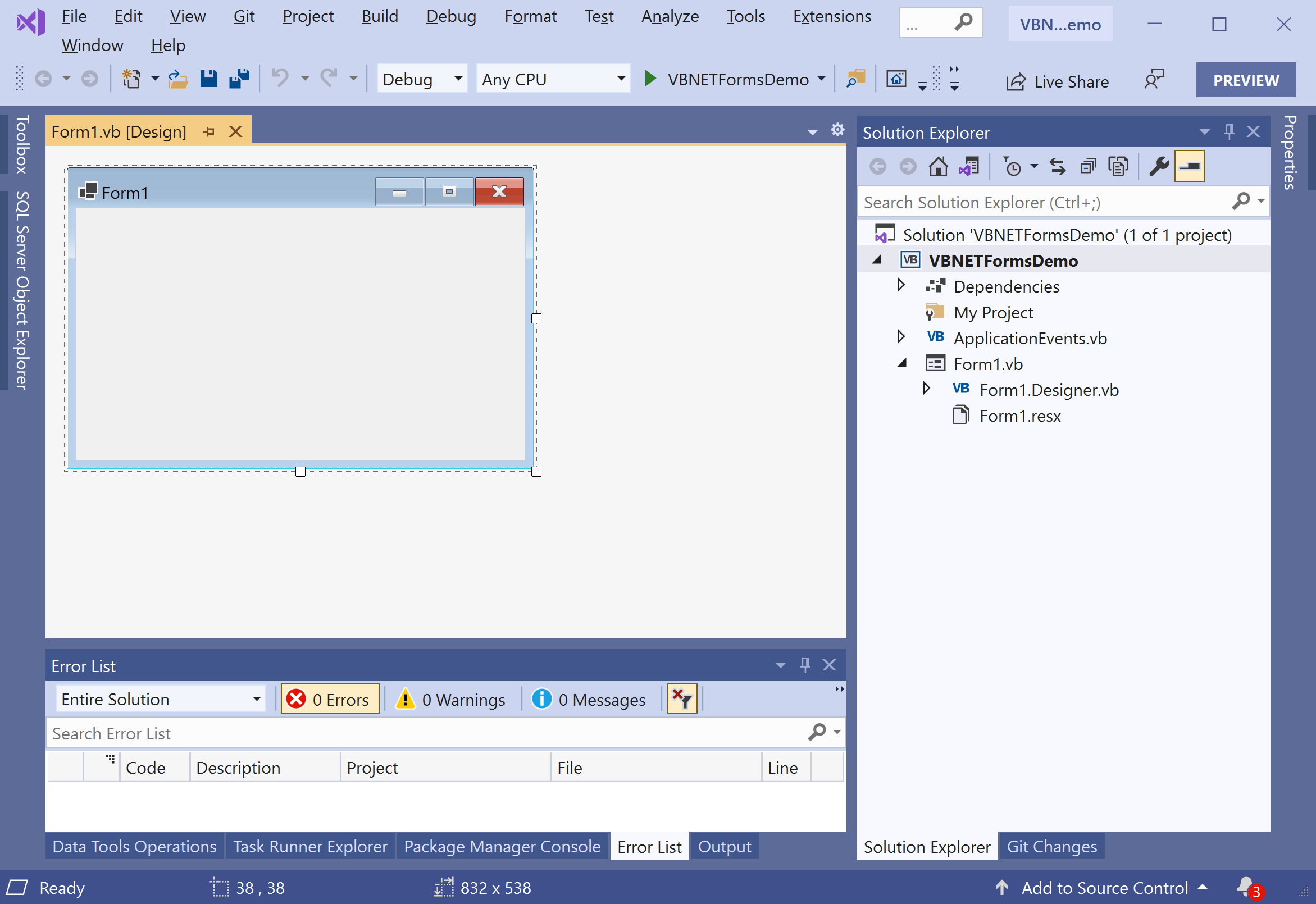 It will create the VB.NET Windows Forms application with all the required files.