To understand this behavior we need to understand how Java memory model integrates with hardware architecture. In Java, each thread has it's own thread stack. This stack contains: method call stack and local variable created in that thread. In a multi core system, it is quite possible that two threads are running concurrently in separate cores. In such scenario it is possible that part of a thread's stack lies inside register / cache of a core. If inside a thread, an object is accessed using synchronized (or volatile) keyword, after synchronized block that thread syncs it's local copy of that variable with the main memory. This creates a read / write barrier and makes sure that the thread is seeing the latest value of that object.

Now when thread A is done with updating count it unlocks Counter instance, at the same time creates write barrier and flushes all changes done inside that block to the main memory. Similarly when thread B acquires lock on the same instance of Counter, it enters into read barrier and reads value of count from main memory and sees all updates. 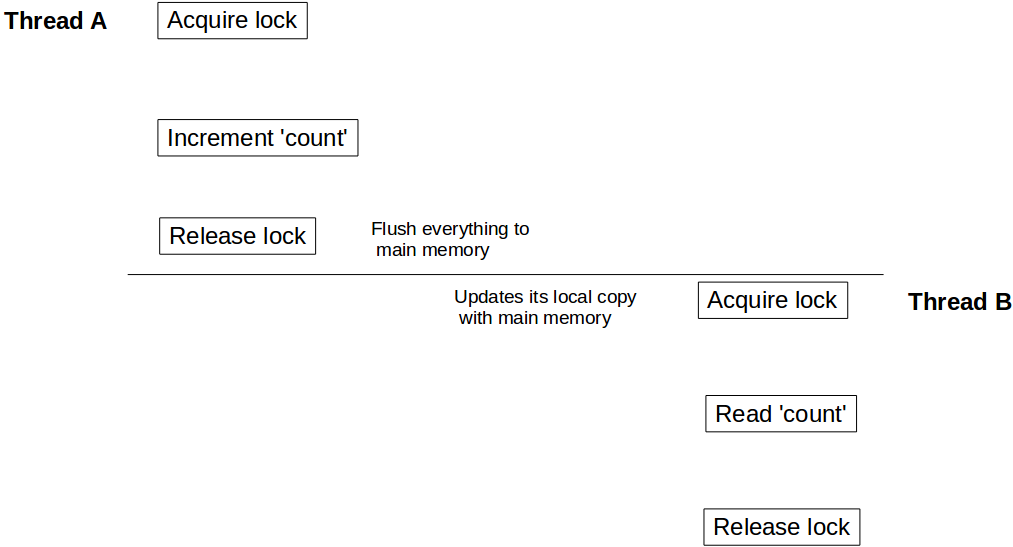 Same visibility effect goes for volatile read / writes as well. All variables updated prior to write to volatile will be flushed to main memory and all reads after volatile variable read will be from main memory.