Using SVG stroke makes it easier to create a Vector drawable with unified stroke length, as per Material Design guidelines:

Consistent stroke weights are key to unifying the overall system icon family. Maintain a 2dp width for all stroke instances, including curves, angles, and both interior and exterior strokes.

So, for example, this is how you would create a "plus" sign using strokes:

etc., see SVG documentation and this useful "SVG Path" tutorial from w3schools to learn more about the specific path commands.

As a result, we got this no-frills plus sign: 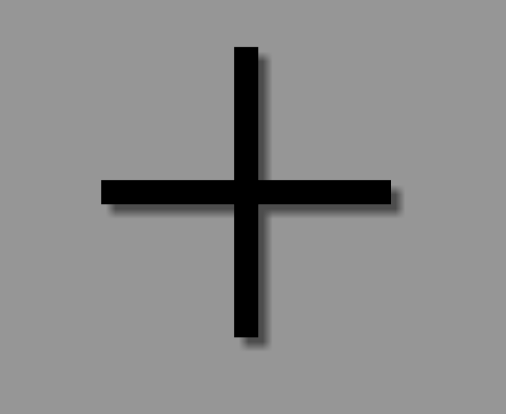 This is especially useful for creating an AnimatedVectorDrawable, since you are now operating with a single stroke with an unified length, instead of an otherwise complicated path.